Home » blog » Diabetes and the Heart – More Questions than Answers?

Diabetes and the Heart – More Questions than Answers? 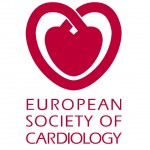 I am currently attending the 2010 Scientific Meeting of the European Society of Cardiology, here in Stockholm.

In a session on diabetes and heart disease, Mamas Mamas from the University of Manchester, UK, reported that abnormal glucose tolerance (pre-diabetes or diabetes) is found in about 50% of unselected heart failure patients.

Importantly, only a small fraction of patients will have abnormal fastng glucose, suggesting that glucose tolerance tests are essential to determine abnormal glucose disposition in patients with heart disease.

Insulin resistance, in part due to decreased exercise capacity, may also be exacerbated in heart failure patients.

Longitudinal studies confirm the negative prognostic relevance of abnormal glucose tolerance in with a 35% increased risk in cardiovascular death with each 1% increase in HbA1c levels.

However, Mamas also noted that while the Diabetes Prevention Program, showed a marked reduction in the progression to diabetes with lifesyle intervention in individuals with pre-diabetes, the findings from this study did not suggest any reduction in heart failure or cardiovascular deaths.

Indeed, despite the wide recognition that diabetes is an important risk factor for heart disease, data on the prevention or improvement in cardiac function with diabetes treatment remains rather disappointing.

As Yancy pointed out, diabetic cardiomyopathy defined as significantly impaired cardiac function in diabetic patients in the absence of epicardial vascular disease, left-ventricular hypertrophy, valvular disease, or other causes of cardiomyopathy, makes it largely a diagnosis of exclusion.

The association between diabetic cardiomyopathy and diabetic retinopathy suggests that microvascular abnormalities may play a role.

However, there may also be direct metabolic effects of dysglycemia and hyperinsulinemia, resulting in lipotoxicity and generation of oxidative stress leading to apoptosis and fibrosis. This may well explain the findings of left-ventricular remodeling, myocardial fibrosis, collagen and lipid deposition with altered compliance and diastolic dysfunction, seen in patients with diabetic cardiomyopathy.

This is important because, as noted previously by Mamas (and other speakers in this session), current anti-diabetic treatments do not appear to have the expected beneficial effects on heart function or macrovascular disease in patients with diabetes.

In the context of obesity management it is therefore perhaps important to recall the fact that one of the most impressive findings from bariatric surgery studies, is the remarkable reduction (upto 80%) of diabetes related mortality – something conventional diabetes treatments have yet to demonstrate.

Whether similar benefits can be seen with more moderate weight loss of course remains to be seen, nevertheless, it is certainly increasingly apparent that simply controlling blood glucose levels in patients with diabetes may not be the answer.