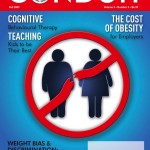 Last year, the Canadian Obesity Network and the Werklund School of Education and departments of Psychology and Community Health Sciences at the University of Calgary co-hosted the 2nd Canadian Summit on Weight Bias and Discrimination in Calgary, AB.

The proceedings of this two-day summit, which was attended by 40 invitees representing education, healthcare, and public policy sectors in Alberta, British Columbia, and Ontario are now published in OBESITY.

On the first day, speakers from across Canada presented their research on the prevalence and consequences of weight bias, as well as on interventions to reduce weight bias in the education, healthcare, and public policy arenas.

These daytime sessions concluded with an evening public outreach event in the form of an expert round table titled “Fear of Fat: Promoting health in a fat phobic culture” at a local community center with 100 attendees.

The second day consisted of a round table of facilitated discussions to identify what research question(s), if answered, would make the greatest impact on weight bias reduction efforts in Canada.

The key outcome from these deliberations include the identification of six research areas that warrant further investigation in weight bias: costs, causes, measurement, qualitative research and lived experience, interventions, and learning from other models of discrimination.

It also became evident that progress in this field requires attention to three key issues: language matters, the voices of people living with obesity should be incorporated, and interdisciplinary stakeholders should be included.

A 3rd Summit on Weight Bias and Discrimination that will build on the learning form the previous workshop will be held in Edmonton, May 26-27, 2016.

It will be interesting to see what progress has been made in field since the last meeting in 2015.