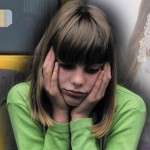 Mental health assessment should be part of every assessment for adult obesity.

But how well does a history of mental problems as a kid or teenager predict adult obesity?

This question was recently addressed by Eryn Liem and colleagues from the University of Groningen, Groningen, the Netherlands, published in last month’s issue of the Archives of Pediatrics and Adolescent Medicine.

Liem and colleagues reviewed the recent literature regarding the association between depressive symptoms in childhood and adolescence and overweight in later life. In total, 32 articles were reviewed including 21 cross-sectional and 11 longitudinal reports. Of these, four cross-sectional studies that satisfied their quality criteria revealed an association between depressive symptoms and overweight in girls aged 8 to 15 years. Four longitudinal studies that met their quality criteria suggest that depressive symptoms in childhood or adolescence are associated with a 1.90- to 3.50-fold increased risk of subsequent overweight.

Thus, these results suggest that having depressive symptoms at age 6 to 19 years may lead to overweight and obesity in later life.

Obviously, the study does not address the issue of whether or not recognizing and managing depression in kids and adolescents will actually help prevent adult obesity.

Whatever the case, I do believe that mental health aspects of weight management are likely as important in kids as they are in adults and that early detection of mental health issues, that can lead to obesity later in life, need to be addressed in high-risk kids and adolescents.