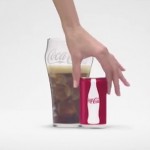 Yesterday, the big news was that Coca Cola has decided to embrace their responsibility on the issue of obesity.

This is clearly a smart business move for a company that is being widely accused of being a big part of the problem.

While pundits may argue about exactly how big a problem Coca Cola actually is (e.g. vs. snack foods, sugary cereals, chocolate, ridiculous portion sizes, or alcohol – not to mention computers, omnipresent computing devices, automobiles, and countless other factors that contribute to our “Western” lifestyles), there is no doubt that sugar sweetened beverages (like juices) can contribute a significant proportion of calories to some people’s diets.

No one, not even Coca Cola, denies this!

It is therefore indeed “refreshing” to see Coca Cola step forward and acknowledge their responsibility – which, they have now done with considerable media fanfare (both positive and negative).

Of course, the “spin” in the video ensures that these efforts are presented in the best possible light. As they point out:

-About one third of their products are now available as low- or no-calorie options.

-Most products are available in smaller package sizes.

-The actual total caloric content is now clearly visible on the front of the package (instead of being hidden in unreadable nutrition labels).

But no one, for a moment believes, that any of this would have happened without “social pressure” from their critics. I am also certain that all of this is motivated in part to pre-empt any moves to further regulate and police this company or its products. Thus, this campaign is sure to make good business sense and is probably fully supported by its shareholders.

Indeed, there are many public health advocates, who suggest that companies like Coca Cola should be forced to pay a “health tax”, which, although not markedly reducing Coca Cola consumption (only a very heavy tax would do that), would at least provide governments with a revenue stream that they can (hopefully) put towards obesity prevention and treatment.

I do not see why such a “health tax” needs to go to the government (only to likely disappear into their bottomless coffers).

Why not have Coca Cola “voluntarily” pay such a “tax” directly to one or more organisations that are already working in that space and can likely put that money to immediate good use (without creating another cumbersome and unwieldy government bureaucracy)?

Not only would this make good business sense for Coca Cola (in terms of further “health-washing” their brand), but it would certainly ensure that such monies are indeed spent directly on the problem at hand.

It is perhaps time to kick off a “virtuous cycle” that may in the end benefit everyone:

Coca Cola pours a few million $$ into an organisation that educates Canadians on the importance of watching their calories, thereby getting Canadians to increase their demand for low- and no-calorie beverages, which Coca Cola can then happily sell more off, thereby making even more money, part of which they can plough back into the organisation that educates even more Canadians…..you get the picture.

Anyone, who thinks that this would be the same as a tobacco company supporting an organisation to promote cessation of tobacco use is WRONG. As there is no healthy alternative to tobacco – that relationship can only end with the tobacco company going out of business.

Fortunately, in the case of Coca Cola, it does make a healthy profit from its low- and no-caloric alternatives – in the end, I don’t think its shareholders would really care whether Coca Cola makes its money from Coke Classic or Coke Zero – as long it can continue to make money selling Coke.

This is why I can actually see a win-win for a Coca Cola-Obesity NGO partnership, that would simply not exist for a Tobacco-Anti-Tobacco NGO.

But why stop at Coca Cola?

A similar formula could well work for any beverage or food company – all of these companies also make “healthy” (or at least “less unhealthy”) choices – which they cannot sell as much of, simply because consumers don’t want to buy them.

Here again, an obesity NGO, by addressing the ‘root causes’ of obesity, can work towards helping create a greater demand and willingness to pay for healthier products – thereby allowing these companies to sell more of these products – in the end, hopefully, making even more money for their shareholders.

Fortunately, Canada has an obesity NGO that is happy to take on the task of educating and working with professionals and consumers to prevent and better manage obesity.

Perhaps it is time for us to help Coca Cola sell even more low and no-calorie beverages to those Canadians who simply will not drink tap water.