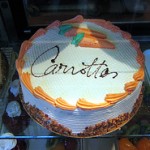 One of the little appreciated facts, is that Quebec happens to have the lowest combined rates of overweight and obesity (56%) of any Canadian province.

It now turns out that (as one may have suspected), Quebec is also the one province in Canada that truly maintains a true and distinct eating Culture (that is culture with a capital “C”).

Thus, according to the 15th edition of Eating Patterns in Canada (EPIC), a recent survey from the market research group NPD, Quebecers report eating dessert with supper about 112 times a year compared to about 89 times in Atlantic Canada, 57 in Ontario and 55 on the west coast.

This is also a province that particularly values home-cooked lunch and dinners. Thus, 6 out of 10 lunches and 6.5 out of 10 dinners in Quebec households are apparently made from scratch.

According to the NPD news release,

“Less calorie conscious than the rest of Canada, Quebec households take great pleasure in eating. The majority (82 per cent) also feel that it is important to enjoy full and regular meals each day, which compares to 60 per cent of western Canadians and 63 per cent of Ontarians. As a result, Quebec residents are also the least likely of all the provinces to snack.

Twenty-nine per cent try to avoid snacking entirely and, unlike the rest of the country, have fewer snack occasions annually. Quebecers are also less likely to skip traditional meals (breakfast, lunch and dinner).”

While I am generally cautious about inferring cause-and-effect, I am also the first to support any move to improving eating culture. As I have often said – fast food is more of a ‘fast’ than a ‘food’ problem.

Improving eating culture in the rest of Canada requires a discussion of ‘values’ – apparently, Quebecers place a higher value on home cooking, regular eating, and finding pleasure in food than the rest of us.

Changing this culture will take more than taxing and banning foods. Indeed, I am confident that changing culture will eventually change consumer behaviour, which in turn will ultimately change supply.

No easy task – but perhaps worth a wider discussion. In the mean time, perhaps more of us should enjoy our desserts.

Grab the few last remaining tickets for tonight’s Dr. Sharma show online or at the door!