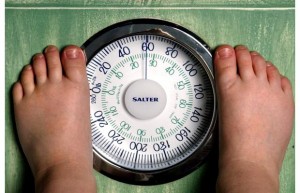 While still in Leipzig for the IFB Obesity Diseases, here is another recent article from Leipzig that perked my interest.

This paper by Petra Baum and colleagues published in PLoS One, examines the autonomic nervous system in childhood obesity.

Analyses of the parasympathetic and sympathetic nervous system was assessed in 149 metabolically healhty children and adolescents with a battery of tests including heart rate variability and quantitative pupillography.

Overall, the tests demonstrated evidence of reduced autonomic function (in both sympathetic and parasympathetic responses) similar to those seen in kids with diabetes.

Exactly how obesity mediates these changes or whether in fact these changes may in part contribute to the development of obesity in the first place is not clear.

However, given the importance of autonomic function for virtually every organ system in the body, further exploration of these alterations as well as their response to changes in diet, activity levels and weight loss warrant further study.