Home » blog » Arguments Against Obesity As A Disease #4: Distracts From Obesity Prevention

Arguments Against Obesity As A Disease #4: Distracts From Obesity Prevention 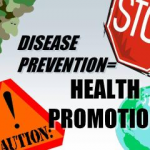 Continuing in my mini series on the pros and cons of considering obesity a chronic disease, I would like to now discuss the perhaps most illogical argument against recognising obesity as a disease that I often hear, “Calling obesity a disease will reduce our efforts at prevention”.

This argument makes virtually no sense at all, as I cannot think of a single “preventable” disease, where calling it a “disease” would have reduced or thwarted prevention efforts.

Rather, if you truly embrace the concept that obesity, once established, becomes a life-long problem for which we have no cure (the very definition of “chronic disease”), we should be doubling or even quadrupling our efforts at prevention.

After all, who would want to be stuck with a chronic disease, if it can indeed be prevented?

Governments, NGOs and individuals should be even more enthusiastic about preventing a “real” disease than simply modifying a “risk factor” (which sounds a lot less threatening).

Indeed, if I was working in population health, I’d be all for emphasizing just how terrible and devastating the disease of obesity actually is – all the more reason to double down on efforts to do what it takes to prevent it.

In fact, considering obesity a “real disease” would put all the folks working hard to prevent obesity right up there on par with those working to prevent “real” diseases like cancer, HIV/AIDS, or Alzheimer’s disease.

Thus, the argument that calling obesity a “disease” would somehow distract from efforts to prevent it makes absolutely no sense at all.