Home » blog » Arguments Against Obesity As A Disease #10: Affects Too Many People

Arguments Against Obesity As A Disease #10: Affects Too Many People 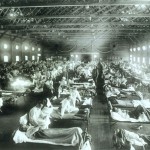 And finally, to end this miniseries on the arguments I often hear against calling obesity, is the objection based on the idea that there are simply too many people living with obesity to apply the label “disease” to. Doing so, would mean that over 7 million Canadians would wake up to find themselves living with a disease.

Related to this argument, I also often encounter the argument, that calling obesity a disease would turn these 7,000,000 Canadians into “patients” thereby completely overwhelming our healthcare system that would now be called about to provide treatments to all these people. I hear from payers and policy makers that providing treatments for obesity as a disease is simply not practical because of the number of people who have it.

As I think about it, both arguments are rubbish.

No one would ever suggest we stop calling the flu a disease just because it affects millions of Canadians leading to 12,200 hospitalizations and 3,500 deaths in Canada each year.

So arguing that we must not call obesity a disease because that would be declaring far too many people as “diseased”, is simply irrelevant.

Even if a disease affects 100% of the population causing important health problems and complications, we’d still be calling it a disease.

As for overwhelming the healthcare system – I would say obesity is costing the health care system whether you call it a disease or not. We will still have to pay for all the health issues directly related to people having obesity – from diabetes to heart disease to joint replacements to cancers. It’s already costing billions of healthcare dollars. Except that we are now spending those dollars on the complications rather than on preventing and treating obesity itself.

Again, if there was any other “disease” threatening to overwhelm the healthcare system, our response would certainly not be to simply stop calling it a “disease” – that would make no sense at all.

This concludes my miniseries on arguments I often hear against calling obesity a disease (there are some I hear less often).

Next week, I will turn to arguments that support the idea of calling obesity a disease – so stay tuned.