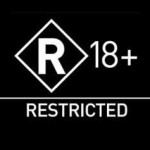 On Monday, my good friend and colleague Yoni Freedhoff posted a short video on YouTube, which has since gone viral (congratulations my friend!).

The gist of the story (but please check it out for yourself), is that Big Food is preying on kids by promoting unquestionably unhealthy processed foods with deceptive (not to say nonsensical) health claims.

But, as he hastens to point out, this is not the fault of the food industry.

Rather he puts the blame squarely on the shoulders of the politicians and regulators for not creating a level playing field for food producers, that sets clear boundaries to what they can and cannot do to promote their products (especially to kids!).

As Yoni points out, the video highlights a clear dilemma that may not have an easy or fair solution.

On the one hand, you have Big Food doing exactly what they should be doing, namely making money for their shareholders by selling as much food as possible to whoever will buy it – all measures are fair game.

On the other hand, you have policy makers reluctant to step in to create rules of engagement, which would set clear boundaries to what Big Food can and cannot claim on their packages and by what means they can or cannot promote their products.

I, for one, am not surprised that regulators are reluctant to step in. For one, the devil lies in the details of regulating exactly what may or may not be acceptable.

Take added sugar for example. Where exactly, would you draw the line on this? What amount of added sugar crosses the boundary of being unacceptable – 2 grams, 5 grams, 10 grams, 20 grams per serving? And what about products, which can rightly claim that they “contain no added sugar”, because they “naturally” consist of little else than sugar (as illustrated in the video) – how would you even begin to regulate those?

If it is not the foods themselves that can be regulated, would it perhaps be easier to regulate how these foods are marketed and sold?

For tobacco (a ridiculously simple problem by comparison), it was easy to impose advertising and marketing bans – no amount of tobacco is healthy – if the product contains tobacco – you tax, ban, and otherwise regulate it – easy-peasy.

But how and where exactly would you draw the line for a food product? What amount of natural or added sugar is simply too much? Compared to what? In which context? For whom?

Which sugary foods would you banish to the adults-only section of the grocery store?

Which TV commercials would need to display a warning, “viewer discretion is advised”?

I am not saying that somehow regulating this flood of unhealthy foods is not the right thing to do – I am just curious to see how exactly regulators would go about doing so.

Clearly, anything that comes in a box with a cartoon character on it, is probably unhealthier than anything you could possibly cook at home from fresh and wholesome ingredients (not to say that you cannot also add tons of sugar, salt, and fat to whatever you cook at home – but chances are it’ll still be healthier).

Will regulators step in? Will videos like Yoni’s educate and increase awareness among consumers, who will vote with their wallets? Will food companies begin a competition to see which one of them can be the first to figure out how to make as much money selling healthy foods? Or will food companies simply opt for ‘full disclosure’ and let the consumer decide?

As Yoni points out, it will not be one sand bag that will stop the flood, but it may be a little bit of all of the above.