Home » blog » Women’s Health: Between a Rock and a Hard Place

Women’s Health: Between a Rock and a Hard Place 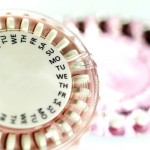 Yesterday, on my way to the American Heart Association Meeting in Orlando, I read Malcolm Gladwell’s recently published anthology of articles he wrote for The New Yorker magazine, now published under the name, “What the Dog Saw”.

Of all the fascinating essays, the one that I found most interesting in terms of its implications for women’s health, was the story of the discovery of the birth-control pill and how it has led to a complete transformation of women’s societal role and health.

The essay starts with the story of John Rock, a devout Catholic and one of the inventors of the pill. For most of his life Rock tried (unsuccessfully) to harness acceptance for his invention by his Church as a “natural” method of birth control. The Church, however, failed to follow his argument that the pill should be considered a “natural” method, because it essentially uses a “natural” hormone (progesterone) to simply mimic a “natural” state of pregnancy and thereby prevent ovulation.

Apparently, it was also to further support his argument of “normalcy”, that Rock and his collaborator Gregory Pincus devised the idea of introducing a monthly interruption in hormone delivery to trigger monthly menstrual periods. The underlying assumption for the latter was that monthly periods were indeed “normal” for women of reproductive age.

The interesting twist in Gladwell’s essay, however, comes when he goes on to describe how throughout most of human history, women did not actually have monthly periods through most of their reproductive years.

As an example for this Gladwell cites the work by Beverly Strassmann, who studied menstrual periods amongst women in the Dogon tribe of Mali. Not only did the Dogon women on average experience their first periods at age 16, but in addition they spent so much time either pregnant or breast feeding that they generally experienced only around a 100 periods over their lifespan.

This situation is of course fundamentally different from women in Western societies today, who not only have their first periods at age 12 (in part due to increasing adiposity?), but as a result of delayed and fewer pregnancies as well as markedly shorter breast feeding, experience almost 400 periods over their lifetime.

Each menses not only involves ovulation, growth and sloughing of the endometrium, but also increased cellular division of the breast. Gladwell cites work by Malcolm Pike and others, who argue that this remarkable increase in the number of menstrual cycles explains virtually all of the excess risk for ovarian, endometrial and breast cancer seen in “Western” women.

Thus, avoiding menstrual cycles (or rather pushing these back to around 100 over a lifetime) may be a major strategy to reduce the incidence of these cancers. While giving the birth-control pill over longer time intervals (rather than just for 3 weeks at a time) may work to reduce the frequency of menses to say 4-times a year and thereby reduce the risk of ovarian and endometrial cancer, the fact that the pill still contains some estrogen may actually not do much for breast cancer. Pike and colleagues therefore apparently suggest using GnRH (gonadotropin-releasing hormone) antagonists, thereby mimicking menopause rather than pregnancy.

While, I can only assume that this concept still remains fairly controversial, if true, it certainly bears some significance for young girls, especially those with excess weight.

Readers of these pages are probably well aware that overweight girls often get their first periods significantly earlier than normal-weight girls. In addition, overweight girls may also be more reluctant to take the pill due to fear of adverse effects (hypertension, thombosis, etc.).

What if, as discussed by Gladwell, early menarche and late (as well as fewer) pregnancies truly is a major risk factor for female reproductive cancers?

What if much of this is further exacerbated by excess weight (earlier menarche, fewer pregnancies and higher estrogen levels)?

While most readers will perhaps think oral contraception acceptable for a 16 year-old, most of us would probably find any suggestion of starting a 10-year old on pills to suppress menstrual cycles rather disturbing.

I am certainly not a reproductive endocrinologist or oncologist, nor do I pretend to know much of the literature on this, but the Gladwell essay certainly got me thinking.

As always, all comments are very much appreciated.