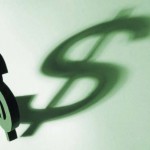 As the latest HQCA report on obesity in Alberta released this week, the substantial population burden of overweight and obesity (now affecting 6 in 10 Albertans) is a significant driver of health care costs in the province. In the US, this increased health care cost for adult obesity is estimated at around $3,508 per individual with a BMI greater than 30 for a total of well over US$ 300 billion per year.

However, as highlighted in a recent article by John Cawley and colleagues in PharmacoEconomics, health care costs are not equally distributed across all people living with increased body weight – rather, obesity related health care costs rise exponentially with increasing BMI levels (i.e. at the extremes of BMI).

Thus, the greatest health care savings for individual patients can be expected in those living with severe obesity.

To illustrate this, the researchers used data from the US Medical Expenditure Panel Survey from 2000-2010 (n=41,435), to calculate the potential annual savings in health care costs (in US $ in the US health care system), for various reductions in body weight in individuals with BMI levels ranging from 30 kg/m2 to 45 kg/m2.

Thus, for e.g. the annual cost savings with a 5% reduction in body weight for someone with a BMI of 30 kg/m2 amounted to a mere $69 per year.

This figure, however, increased exponentially for people with higher BMIs, increasing to $528, $2,137, and $10,030 in an individual with a BMI of 35, 40, and 45 kg/m2, respectively (these figures were somewhat higher, when the individual also has diabetes).

Thus, while treating obesity to achieve a 5% reduction in body weight in someone with a BMI of 30 kg/m2 may never be “cost-effective”, the same amount of weight loss in someone with more extreme obesity, would likely pay for itself or even lead to significant savings.

Because the impact of obesity on mental and physical health, life-expectancy and quality of life is also greatest at higher levels of BMI, one could also make a strong ethical argument for singling out these individuals for priority treatment in the health care system.

Obviously, as readers should be aware, BMI is at best a crude measure for health – a more precise assessment would have used more sophisticated staging systems like the Edmonton Obesity Staging System to calculate individual risk and benefits. However, we should remember that at a population level BMI does function moderately well as an indicator of obesity related risk (although not in individual patients).

This analysis has important consequences both for population and individuals approaches to obesity.

Although the population burden of obesity lies in the middle of the BMI bell curve, and shifting this ever so slightly can move a substantial number of people living with overweight or obesity to a BMI that lies below the current cut-offs, such a change may have little influence on the overall health care costs of obesity, as these live in the extremes.

This is why it is harder to make a cost-savings argument for addressing obesity at a population level rather than focussing on those living with more severe obesity, unless such population measures can also substantially help lower the BMI of the latter.

Unfortunately, current population trends show that while rates of overweight and mild obesity appear to be levelling off (thank perhaps in part to population health measures), severe obesity continues to increase at alarming rates.

This is why a greater focus on finding and delivering better treatments to those living with severe obesity, including those that can only offer modest reductions in BMI, has to be the main priority of any health care system seeking to reduce obesity related health care costs.