Why The Biggest Loser Just Missed the Boat on Childhood Obesity 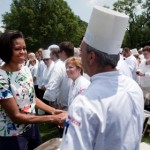 Just as The Biggest Loser prepares to embark on its humanitarian public service efforts to tackle the scourge of childhood obesity, it turns out that the timing for this venture could not have been worse.

Apparently, the producers of this paragon of pedagogy have missed the joyous tidings reported in the Christmas issue of JAMA, heralding the conquest of childhood obesity.

Thus, although these demographic developments may have escaped the lazy eye of the casual observer, childhood obesity rates in the US are now down a whooping 00.25 percent points, especially amongst severely obese low-income pre-schoolers.

Occasion enough to pop the champagne and toast to the success of preventive measures.

While pundits will now enthusiastically embark on academic discourse about exactly which measures could best explain these heartening developments, I rest content in the knowledge that, collectively, these efforts have unquestionably influenced the “choices” that low-income parents make for their offspring.

I am, in fact, almost positive that Michelle Obama’s assembly of celebrity chefs has finally moved many of America’s less-affluent parents to fully embrace the tenets of orthorexic locovorianism and treat their hungry toddlers to simple home-cooked delicacies lovingly prepared from the wholesome produce harvested from the balconies of their housing projects.

No doubt, the harsh but heartfelt warnings proclaiming the evils of childhood obesity (thank you Atlanta!) have awakened an unrelenting desire in low-income parents to forsake their hitherto heinous and despicable practices for the benefit of their progeny thereby supporing the patriotic cause of building a fitter and more secure America.

Forget about France and Finland – who would have ever expected that we could once day confidently turn to the good ol’ US of A for unwavering leadership in tackling, what some have (prematurely it now seems) declared the greatest health challenge of our times.

Indeed, now that the worst is over, we can all go back to worrying about the next viral pandemic, which I hear is brewing on Canada Rail.