Why Stopping Weight Gain is More Important Than Losing Weight 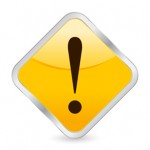 Yesterday, I posted on the notion that simply removing the cause of weight gain does not directly translate into weight loss.

In fact, I have previously posted on the idea that the first sign of success in weight management is the prevention of further weight gain.

For those of us in clinical practice, this idea raises several important questions:

1) Is everyone at risk of weight gain?

2) Does is matter when or how fast this weight is gained?

3) Is there a sub group of individuals in whom prevention of weight gain may be more important than in others?

This is where, in a discussion with my former student Tobias Pischon (now Professor for Molecular Epidemiology at the Max-Delbrueck Centre in Berlin), he pointed me to a study by Anja Schienkiewitz and colleagues from the German Institute of Human Nutrition Potsdam-Rehbrücke, published in the American Journal of Clinical Nutrition back in 2006.

The study examined the relationship between the history of weight gain and risk of type 2 diabetes in 7720 men and 10,371 women from the European Prospective Investigation into Cancer and Nutrition (EPIC)-Potsdam Study with information on weight history.

In both men and women, weight gain during the ages 25 and 40 was a far greater risk factor for developing type 2 diabetes than weight gain between the ages 40 and 55.

While this is an important observation, I was far more interested in the data on the temporal patterns of weight gain in this population.

Interestingly enough, only about 15% of men and women remained weight stable over the 30 years of observation!

Not surprisingly, the latter group – those with severe weight gain both between ages 25-40 and 40-55, were at an almost 20-fold higher risk of diabetes than those who stayed weight stable over the entire 30 years – their total weight gain between age 25-55 was almost 15 BMI points.

Those who had moderate or severe weight gain between ages 25-40 but managed to not gain weight between ages 40-55 had only about half the diabetes risk of the continuous gainers.

Most interestingly, however, those who were weight stable between 25-40 but experienced moderate or severe weight gain between 40-55 had less than 10% the risk of the continuous gainers.

Several lessons are evident from this:

At least when it comes to diabetes, weight gain in early adulthood, particularly when this weight gain continues into middle-age, is of far greater significance than gaining weight after the age of 40, even if this later weight gain is quite severe.

Thus, it is evident that weight management strategies are perhaps best targeted at younger adults, particularly with the aim of preventing continuing weight gain into middle age.

In a tightly strapped health care system, one would perhaps want to identify younger adults between the ages of 25-40 with rapid weight gain (about 12% of the total population) as the majority of these will continue gaining considerable weight as they get older – this ‘highest risk’ group makes up about 6% of the total population.

In contrast, it may make far less sense to target weight gain in those who are weight stable (even if obese) or those who are only gaining moderate amounts of weight, especially later in life.

This is of critical importance when thinking about health care systems: while it may be neither feasible nor affordable to address obesity in the entire population, identifying and better managing those at the highest risk, namely, those who are experiencing considerable weight gain in early adulthood, and especially those, in whom this weight gain continues into later years, may be both feasible and affordable.

This is probably the group where simply stopping weight gain may be more important than getting everyone, especially those who are weight stable or have gained weight only after the age of 40, to lose weight.