Home » blog » Why Obesity is Bad for Your β-Cells

Why Obesity is Bad for Your β-Cells 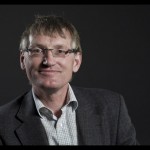 Yesterday, at the 2010 Annual Research day of the Alberta Diabetes Institute, I had the pleasure of listening to Patrik Rorsman speaking on “Why Getting Fat is Bad for You and Your β-Cells”. As readers may know, β-Cells are responsible for the production of insulin and damage to β-Cells results in the development of type2 diabetes.

Patrik Rorsman, who joins the Faculty of Medicine and Dentistry of the University of Alberta from Oxford University, UK, is the new Canada Research Excellence Chair in Diabetes and a world leader in islet cell biology.

After explaining the basic electrophysiology of insulin secretion from β-Cells, Rorsman reminded us of how environmental factors like obesity can affect first-phase insulin secretion, thereby substantially increasing the risk for type 2 diabetes.

One of the crucial suppressors of first-phase insulin secretion may be related to circulating and local lipid levels. Thus, both in vivo and in vitro studies show that elevated exposure to fatty acids can dramatically reduce insulin secretion from β-Cells.

Rorsman’s own work demonstrates that this suppressive effect may be due to an effect on insulin secretion (rather than insulin production or glucose sensing), as palmitate (a fatty acid) can suppress insulin release (exocytosis) in response to electrical stimuli.

Further work using patch-clamp studies shows that this suppresion of insulin secretion is related to the density and distribution of calcium channels on the β-Cell membrane. These channels appear to occur in clusters on the cell membrane and represent “hot-spots” of calcium entry that usually co-locate with the release of insulin-containing secretory granules.

This co-location appears particularly important in β-cells, as these cells are unique amongst secretory cells in that they has a very low density of calcium channels (<1 channel/μm2 compared to >20 channels//μm2 in chromaffin cells or ~5 channels//μm2 in pancreatic α-cells), making the tight association of calcium channels with the secretory granules critical for insulin secretion.

Indeed, in vitro exposure of β-cells to palmitate appears to “uncluster” the Ca channel complexes, thereby reducing their proximity to the insulin-containing granules, thus resulting in less insulin secretion.

There finding in isolated β-cells, were corroborated by findings in isolated intact mouse and human pancreatic islets.

While this suppression of insulin secretion in response to fatty acids, is reversible, others have proposed the possibility of lipotoxinogenicity of islet cells. Rorsman does not believe this theory, as fasting, which physiologically leads to a dramatic increase in circulating free fatty acids, does not appear to be harmful to β-cells. Rather, there is evidence showing that the same functional reduction in insulin secretion found on exposure to fatty acids in vitro, can be demonstrated in fasted mice.

Thus, it appears that with constantly elevated plasma lipid levels as found in obesity, we in fact fool our β-cells into thinking that we are starving.

It should however also be noted that acute elevations of fatty acids can stimulate insulin secretion – a response that makes sense, as this would normally coincide with a meal intake. Thus, it is important to note that islet cells can apparently differentiate between acute and long-term elevations in lipid levels.

Obviously, better understanding the regulation of insulin secretion may lead to novel treatments that can potentially prevent or correct the abnormal insulin secretion often seen in patients with excess weight.

I, for one, am happy to welcome Patrik to our institute and look forward to future collaborations on this interesting complication of excess weight.