Why I Welcome “Big Food” At the Canadian Obesity Summit 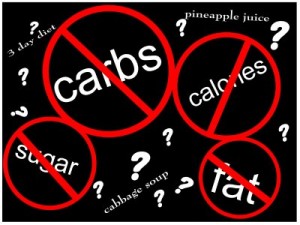 In our blog posts today, my good friend Yoni Freedhoff and I discuss our respective views on the issue of including “Big Food” as sponsors for the 3rd Canadian Obesity Summit, beginning next week in Vancouver (May 1-4).

To be entirely clear, our posts reflect our personal views. I certainly have no intention of speaking on behalf of the Network, its Board of Directors or its Scientific Committee.

Although Yoni and I agree on virtually all aspects of obesity prevention and management, the one area where our opinions clearly differ is in our approach to confronting and engaging the food industry.

While Yoni takes a brilliantly polemic activist position on this, I firmly believe in the merits of constructive dialogue between ALL stakeholders, which in my view is exactly what the Summit should be about.

In fact, the very mandate of the Network, which was founded in 2006 with the support of Industry Canada, has always been to engage ALL sectors (especially industry!) to work towards solutions to Canada’s obesity problem.

Thus, although many would rather see the Obesity Network slip into an advocacy role, calling on governments, health authorities or others to implement policies for or against whatever this or the other group envisions as “the solution”, this has never been the role of the Network.

Rather, the Board of Directors of the Network has always emphasized the Network’s role in engaging and fostering dialogue between ALL relevant stakeholders.

Given the particular importance of the food landscape, it is indeed notable that this year’s Summit, for the first time, includes the very companies that are often presented as the “poster children” of what is wrong with our nutritional landscape, namely Coca-Cola and McDonalds.

Critics may say that this is nothing more than a blatant exercise in “health washing” their brands and trying to avoid government regulation.

But, if simply supporting the Canadian Obesity Summit would be enough to “health wash” companies, there should have been no shortage of “Big Food” lining up to support the summit. Everyone from Pepsi, General Mills, Kellogs and Kraft (not to mention Tim Horton’s, Boston Pizza, Burger King, Booster Juice, and countless other companies) should have been clamouring for attention – all of these companies and brands could sure use some “health washing” when it comes to the issue of obesity – to my knowledge, all declined their participation.

Indeed, only Coca-Cola and McDonalds were prepared to step up to the plate and face the music.

And face the music they will – not only does the Summit feature sessions and speakers (including Yoni) who will not hesitate to openly express their distaste for the likes of Coke and McDonalds – but many attendees may well find the very notion of Coke and McDonalds’ presence at the summit contentious.

I, on the other hand, would find an obesity conference without the engagement of “Big Food” a rather lame exercise. After all, when Coca Cola and McDonalds make changes to their products, services and practices, they affect the health of millions of Canadians.

To their credit, both Coca Cola and McDonalds have recognized that they have to change with the times and are taking the first cautious steps in the right direction.

So, what does the presence of these companies mean for attendees at the Summit?

As far as the scientific content of the Summit is concerned, not much – the program was overseen by the independent Scientific Committee of the Network – all sessions sponsored by industry or interest groups are clearly identified as such.

As for the opportunity to exchange views and engage in dialogue, I certainly look forward to the lively debates and arguments that will hopefully truly represent the full range of opinions and positions.

With this, the Network will do nothing more than fulfill its original mandate, namely, to provide a forum for dialogue between ALL relevant stakeholders.