Home » blog » Why Hunger Lets You Smell Through Doors

Why Hunger Lets You Smell Through Doors 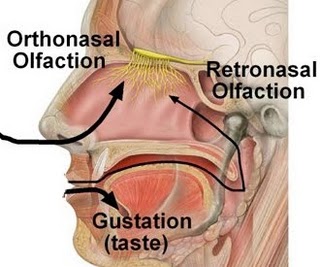 Why does hunger make our noses more sensitive to the smell of food?

This riveting scientific enigma has now been solved thanks to the tireless work of Edgar Soria-Gómez and Luigi Bellocchio (together with a distinguished team of European colleagues), the results of which are now revealed in Nature Neuroscience.

As casual observers may not be all that surprised to learn, it turns out that the mechanisms involves the exact same system implicated in “the munchies” (Yes, those munchies).

Using pharmacological and genetic experiments in mice, the researchers showed that stimulation of cannabinoid type-1 receptors in the main olfactory bulb (the smell centre) promotes the animals’ ability to smell food when hungry (and eat it).

The fact that hunger draws our focus to smelling out foods of course makes a lot of sense – now at least we know how this works.

How else would you make it back to camp just in time for dinner?