Why Does The Food Addiction Model of Obesity Management Lack Good Science? 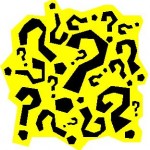 Yesterday’s guest post on the issue of food addiction (as expected) garnered a lively response from readers who come down on either side of the discussion – those, who vehemently oppose the idea and those, who report success.

Fact is, that we can discuss the pros and cons of this till the cows come home, because the simple truth is that the whole notion lacks what my evidence-based colleagues would consider “strong evidence”.

Indeed, I did try to find at least one high-quality randomized controlled study on using an addictions approach to obesity vs. “usual” care (or for that matter anything else) and must admit that I came up short. The best evidence I could find comes from a few case series – no controls, one observer, nothing that would compel anyone to believe that this approach has more than anecdotal merit.

Yet, the biology (and perhaps even the psychology) of the idea is appealing. Self-proclaimed “food addicts” that I have spoken to readily identify with the addiction model and describe their relationship to “trigger foods” as an uncontrollable factor in their lives that calls for complete abstinence. Animal studies confirm that foods do indeed stimulate the same parts of the brain that are sensitive to other hedonic pleasures and substances.

So why the lack of good data? After all, the idea is hardly new – intervention programs for “food addicts” using the 12 steps or other approaches have been around for decades.

Can it be simply the lack of academic interest in this issue? I find that hard to imagine – but nothing would surprise me.

I certainly don’t buy the argument that there is no commercial interest in such an approach – if there were strong and irrefutable evidence, I’m sure someone would figure out how to monetize it.

So again, I wonder, why the lack of good data?

I’m open to any views on this (especially if substantiated by actual evidence).