Home » blog » What You Believe About Obesity May Affect Your Weight

What You Believe About Obesity May Affect Your Weight 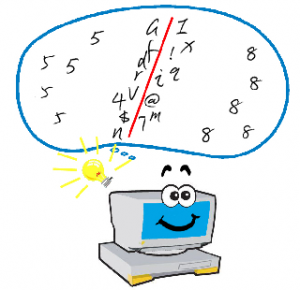 One of my standard questions to patients is, “What do you think has contributed to your weight gain?”

Broadly speaking, the majority of my patients fall in two categories – those who think that they eat too much and those who think it is their lack of physical activity (there are of course those, who have other ideas ranging from genetics to hormonal “imbalance”).

Why do these answers matter?

Because, according to a study published by Brent McFerran and Anirban Mukhopadhyay from the University of Michigan in Psychological Science, what people believe about the cause of obesity may explain part of their actual weight.

Thus, in one of these studies, twice as many individuals who thought that obesity was due to lack of exercise met the BMI criteria for overweight than those who thought obesity was caused by eating too much.

These findings remained robust across all studies in all populations despite adjustments for several known correlates of body weight.

In a final study, the researchers then demonstrated that individuals who believed in the role of insufficient exercise tended to consume more food, thereby suggesting a possible causal mechanism for this relationship.

Or in the words of the authors,

“Our finding is simply that people who strongly believe that insufficient exercise, rather than poor diet, is the primary cause of obesity tend to have higher body masses.”

In contrast, the research suggests, that if the public health focus is on “eating too much” as a primary driver of obesity, there may well be a greater chance that weight gain can be prevented or controlled.

Thus, this study clearly shows that in obesity messaging “calories-in should not equal calories-out”. Rather, the more emphasis is placed on the importance of overeating (vs. undermoving), the more likely we may be in making strides in obesity prevention and management.

This is certainly not to undermine or negate the many benefits of physical activity – however, it seems that simply believing that physical activity alone (or lack thereof) is a key factor in preventing and managing obesity may actually be a risk factor for excess weight gain.

p.s. For unclear reasons the “leave comments” feature on these pages has been inactivated over the last few weeks – trying to fix it so bear with me – in the meantime you can send me comments by e-mail (amsharm(at)ualberta.ca).