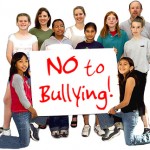 At the 1st National Summit on Weight Bias and Discrimination organized by the Canadian Obesity Network in Toronto almost exactly a year ago, I learnt that weight-based bullying is one of the most common and pervasive forms of bullying experience by children and youth.

This topic is further examined by Obesity Network Bootcamper Atif Kukaswadia and colleagues from Queens University, Kingston, Ontario in a paper just published in OBESITY FACTS.

The researchers report on their findings in a longitudinal analysis of the Health Behaviour in School-Age Children Survey conducted in 2006 and then again in 2007, which included 1,738 youths from 17 Ontario high schools.

In addition, among those free of bullying at baseline (2006), significant increases in perpetration of relational bullying were reported by obese females in 2007 relative to normal-weight females (14.8 vs. 3.8% among normal-weight girls).

These findings support previous findings on the increased risk for bullying faced by overweight and obese youth and certainly suggest that this problem, if anything, is getting worse.

Given the many deleterious (and often lasting) effects of bullying on mental and physical health, this issue is certainly something that should concern us all.

Thus, it is certainly not surprising that one of the strategic priorities identified at CON’s Weight-Bias Summit was to “address weight-bias and discrimination in education settings”.

A full report of the Summit is available here.