Home » blog » We Don’t Know Much About Obesity

We Don’t Know Much About Obesity 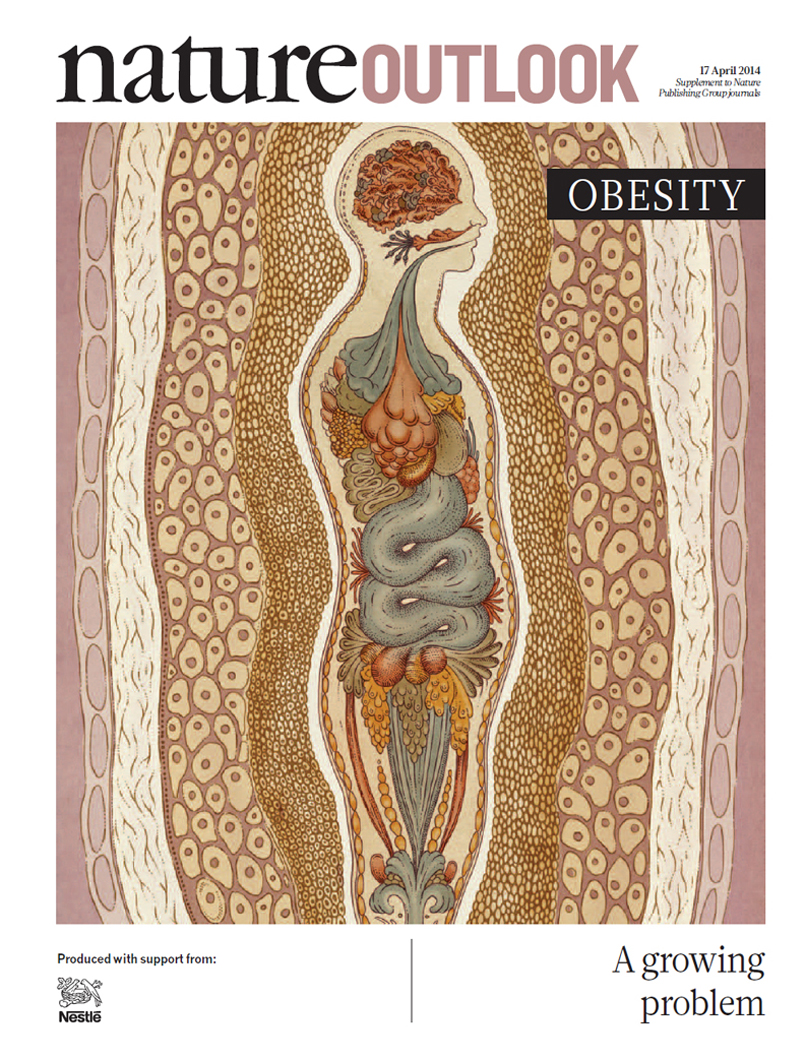 “For a condition as prevalent and dangerous as obesity, we know surprisingly little about its causes and cures.“

This is the first sentence by Nature Outlook Editor Tony Scully, in a special edition dedicated entirely to obesity.

The volume features both articles by science writers as well as a selection of original contributions on topics ranging from AgRP and the FTO gene to food addiction and the microbiome.

This edition also features and updated map of the worldwide prevalence of obesity – many readers may well be surprised to learn that obesity rates are now as high in parts of central America, northern and southern Africa and in parts of the middle East as they are in North America. Indeed, obesity rates in South Africa are “off the chart”, no approaching almost 40% of the entire population.

This leaves millions of people around the world in need of more effective treatments. Blue-eyed utopian notions that we can somehow help these millions by re-engineering societies to eat-less and move more (as suggested in a rather unfortunate contribution to this edition by David Katz), are naive at best and present a disservice to those hoping for real and practical solutions at worst.

The simple truth is that for the vast majority of the folks with obesity we simply have no effective treatments, let alone a cure.

“The best way to lose weight is to eat less and exercise more. But as a strategy to combat obesity at the population level, this common-sense prescription is proving ineffective over the long term.”

Sure, not everyone carrying a few extra pounds has a “disease” and we are doing an increasingly better job of managing obesity related health problems – certainly one reason why people with excess weight are today living far longer than a few decades ago.

But for those who would rather treat their obesity than be on medications for their high blood pressure, diabetes, and joint pain and perhaps rid themselves of their CPAP machines, there are few treatment options: diet and exercise, i.e if you wish to live off 1400 Cal with 400 Cals of daily exercise (as the folks in the National Weight Control Registry manage to do) or opt for bariatric surgery (a rather drastic measure by any stretch).

Indeed, there is currently no greater “therapeutic gap” for a common chronic disease, than there is for obesity.

Hopefully, as science advances we will eventually stop playing the “shame and blame” game and rightly abandon the utopians who sit awaiting the day when Big Food and Big Cars will finally see the light (by mercifully going out of business).

Stay tuned for more on the articles in this issue – stay tuned.