Home » blog » Variation In Access To Bariatric Surgery in Canada 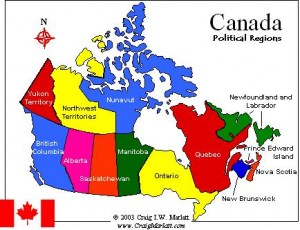 Based on the recent report from the Canadian Institute of Health Information on bariatric surgery in Canada, it is evident that there is considerable (almost 800%) variation in access to bariatric surgery for people with severe obesity living across Canada.

The only other province that comes anywhere close to the rate of surgery in Quebec is Ontario with 6.0/1,000.

Overall, bringing the rate of surgery across Canada to the current rate in Quebec, would require an additional 3,666 surgeries per year.

Remember, even in Quebec we are talking about only 7.9 patients out of 1,000 living with a BMI greater than 35 having surgery per year.

Thus, while the overall increase of over 400% for bariatric surgery in Canada sounds impressive, it is important to note that there is considerable inequity in access across jurisdictions.

If I was a Nova Scotian seeking bariatric surgery, I’d sure be moving to Quebec.