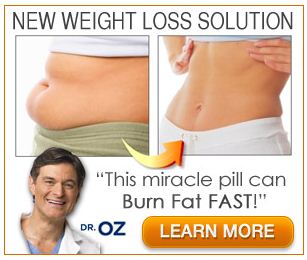 Perhaps nowhere in the field of medicine is the lay press and media so littered with unsubstantiated claims and misinformation as on the issue of weight loss.

Now, a very balanced and informative pamphlet by Sense About Science, a UK-based charitable trust to encourage an evidence-based approach to scientific and technological developments, provides simple to follow guidance on what to make of such claims (not just about weight loss but about too-good-to-be-true health claims in general).

The pamphlet with the title, “I’ve got nothing to lose by trying it“, not only offers tips on how to spot good science reporting and how to ask the right questions about treatment claims but also points out what individuals have to lose by simply trying stuff:

“The cost of unproven therapies varies, from relatively little for a new diet or an over-the-counter remedy, up to many thousands of pounds for some treatments. Alternatives seem particularly attractive where conventional medicine has little to offer, but if the treatment doesn’t work, the money is wasted. Whatever the cost, we need to ask is it worth spending money on false hope that could be better spent on something else?”

“The industry for products marketed as ‘natural’ is not regulated in the same way as conventional medicines, meaning there is not such rigorous testing for effectiveness. Alternative treatments are not so well researched or understood. They can also be very expensive and counterfeit products are common on the internet – people are rightly wary of paying a lot and not knowing what they are getting.”

“Trying unproven treatments costs people time, stress, and energy. One of the biggest emotional costs is the disappointment of discovering you have been sold false hope. Rather than being pushed into trying anything, you can ask some critical questions about what you’re really being offered.”

Here is the rather sound piece of advice that we should follow:

As for any health claims made by any products or services – here are some questions to ask:

This is not to say that there are many treatments that may meet the above criteria and in the end still turn out to be ineffective or even harmful. However, the chances that we will find this out for “licensed” treatment,s that are continuously scrutinized for emerging problems, are far better than for the grey market of unregulated “health products”.

The full pamphlet can be downloaded here.