The Road to Obesity: Life Events 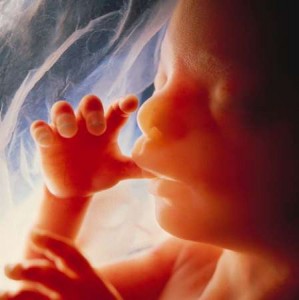 How do people become severely obese? Anyone, who thinks the answer is simply, “by eating too much and not moving enough”, is not only wrong, but is essentially missing the whole point of what it will take to find solutions.

A study by Julia Temple Newhook, Deborah Gregory and Laurie Twells from the Memorial University of Newfoundland, St. John’s, published in the Journal of Social, Behavioral, and Health Sciences, seeks to better understand what causes some people to gain weight.

The researchers conducted extensive interviews with individuals seeking bariatric surgery regarding their perspectives on their histories of weight gain and their explanations for weight gain as well as the emotions surrounding their weight gain experiences.

In today’s post, I would like to touch on what the authors describe as, “important life events”, which in some cases, interestingly enough, begin with being born.

Thus, for many participants, weight gain struggles began in childhood:

“Sam, an unemployed laborer in his 20s, said that he had been big since the age of 9: “It’s hereditary. A lot of people in my family are big.” Deirdre, an educator in her 40s, said, “I have never been slim. I have never been below a size 18, 20. Never. … I don’t remember as a child being small.” She added, “I know that part of it is genetics, because I really do believe that. I have a set of grandparents who were huge … I guess it is my metabolism.”

This is very much in line with my own clinical experience, where patients often describe always having been large for as long as they can remember with bullying and name calling belonging to their earliest childhood memories.

Others, on the other hand, describe a previous slim childhood or adult life, prior to rapid weight gain. In women, the most common life event likely to precipitate irreversible weight gain was pregnancy:

“Annie, a retired caregiver in her 60s, reported that she now weighs over 300 pounds, but recalled, “I only gained weight after I had my daughter … I was 127 pounds when I got pregnant … I went up to 181 and I never went below that after.”

But it was not just the course of pregnancy itself that was held responsible:

“…increased childcare and domestic workloads—that followed. Heidi, a customer service worker in her 30s, explained, “You don’t have the ‘you time’ to do what you need to do to try to take care of yourself a bit better. Everything is your children.”

Another major life event is loss of a dear one:

“Theresa, a retired educator in her 60s, talked about gaining weight after her husband died: “I ate my way through … That was my comfort I didn’t go the gym and I didn’t exercise … grief is strange. I was angry for a long time.”

This observation is also very much in line with the findings in my own practice, where I often see unresolved grief and trauma (emotional, physical or sexual) as a driver of dramatic weight gain. In my experience such negative life experiences can occur at any age (and virtually in anyone) and it is often possible to narrow down the exact temporal relationship between the event and subsequent weight gain.

For some, the life event was “simply” a change in “circumstances”:

“Jennifer, a manager in her 40s, said that when she moved from her rural home to an urban center for university, “I gained 90 pounds in about 9 months. … I was going to school so I wasn’t active at all, and I was eating takeout twice a day for my meals because it was cheap. I ate for free where I worked and I ate deep-fried food for all that time.”

This scenario is likewise not unusual – especially amongst the migrant and immigrant population, where adapting to a new life can often have profound effects on body weight for no reason other than having switched from one environment to another.

And then there was injury and illness:

“Derek, a customer service worker in his 30s, suffered a sports injury in his late teens: “I had a hockey injury, actually, is what started it. … I put on a lot of weight.” He said that his weight gain was exacerbated by a changing lifestyle as he entered the workforce: “Sports stopped. … My weight just ballooned. The only way I know to describe it is it’s like I went to bed being fairly active and in half decent shape and waking up and being 150 to 200 pounds overweight.”

Again, this scenario is not uncommon – I have previously posted on the remarkably high number of former competitive athletes in our bariatric clinic.

While life events were deemed an important contributor to developing severe obesity, this was not all that the interviewees had to offer.

More on other aspects of these investigations in the coming posts.

If certain life events have led to your weight gain – I’d certainly appreciate hearing about them.