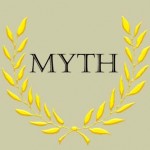 From time to time the media loves to write stories on the Obesity Myth.

These stories come in two flavours – the first one denies the very existence of an obesity epidemic, attributing the rise in obesity statistics to moving definitions that “suddenly” make everyone obese simply by shifting the goal post.

The second flavor of obesity myths acknowledges the increase in people with excess weight but states that carrying a few extra pounds or even having more severe obesity is not really detrimental to your health, ergo this whole obesity thing is vastly overblown.

Last week, news media around the world once again splashed Obesity Myth headlines on their front pages, this time of the second flavor – yes obesity exists, but it is really not a health risk.

These reports were based on a study by Brant Jarrett and colleagues from the Brigham Young University, Provo, UT, published in the International Journal of Obesity.

The researchers examined data from the 1988-1994, 2003-2004 and 2005-2006 US National Health & Nutrition Examination Surveys (NHANES) to determine the relationship between BMI, age, gender and current medication in 9071 women and 8880 men. Current medication (or medication loads) were considered a surrogate measure of current health status.

In both the 1988-1994 and 2003-2006 data sets, with few exceptions, medication loads did not increase significantly in overweight compared with normal-weight people, a finding that prompted the news headlines.

However, the paper did find increased medication load in people who were clinically obese (BMI>30), especially if they were 40 years of age or older.

In fact, the authors themselves conclude:

“Although obesity does not substantially affect current health in young people, it is likely that the increased medication loads in obese compared with normal-weight older people originates at least in part from an increased BMI starting at a younger age. Thus, age, gender and onset of high BMI all require consideration when using BMI to assess current health status.“

Given these findings, one can only wonder why the media chose to propagate the Obesity Myth based on this study, given that the authors themselves clearly found a relationship between excess weight and health status.

While the authors do emphasize that BMI is not a good measure of health risk, this is nothing new.

Regular readers of these pages will recall several previous posts on the limitations of BMI as an indicator of health and it were indeed these limitations that prompted us to develop the Edmonton Obesity Staging System as a more clinically relevant measure of obesity.

So, while moderate excess weight may not cause apparent health problems in the young, obesity remains a significant risk factor for poor health in middle-aged adults.