Home » blog » The Importance of Positive Emotions: The Neurobiology of Resilience (Part 3)

The Importance of Positive Emotions: The Neurobiology of Resilience (Part 3) 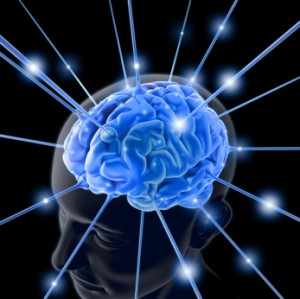 Yesterday, I discussed the importance of secure attachments in early-life  for developing resilience.

The second key positive predictor of resilience according to the paper by Bart Rutten and colleagues from Maastricht University, published in Acta Psychiatrica Scandinavica, is having positive emotional experiences

Although there is a fair amount of heritability (h2 = 0.60), societal influences, particularly gender socialisation can be important modulators of positive emotional experience.

“Part of the fluctuation in positive emotions comes from internal (i.e. hormonal) or diurnal influences (i.e. circadian rhythm). Another part arises from interactions in daily life. Meeting up with a friend, playing tennis, or being smiled at in the supermarket are examples of experiences, which may temporarily boost levels of positive emotion. Research has shown that the tendency to use pleasant daily life experiences to boost positive emotions (positive affect reactivity) is associated with increased resilience against depressive symptoms in the future.”

This emotional response may in part be influenced by genetic factors. Thus,

Not only do individuals often learn to identify and seek pleasant activities, it also appears that those, who manage to hold on to positive emotions longer, appear to be more resilient.

“Dopaminergic neuronal transmission in the pathway from the VTA to the NAc has been found to be involved in the responses to both natural rewards like food and sex, as well as unnatural rewards like psychotropic drugs. The conscious subjective experience of pleasure and reward likely takes place in the orbitofrontal cortex, which has reciprocal links with the mesolimbic system. Animal studies show that the catechol-O-methyl transferase (COMT) enzyme, which breaks down dopamine, is closely involved in dopamine regulation in both subcortical and prefrontal areas, and plays a major role in the dopaminergic signalling exchange between these areas….Consistent with this proposition, a recent study found that daily life reward experience increased proportionally with the number of Met alleles on the COMT Val158Met polymorphism. The Met allele encodes for a less active COMT enzyme, resulting in lower COMT activity, and, as a result, higher levels of prefrontal dopamine.”

For clinicians, these findings may have some important implications.

For one, enhancing positive experiences can improve resilience. Thus,

“A meta-analysis established that positive psychology interventions as diverse as writing gratitude letters, practising optimistic thinking, replaying positive experiences and socializing have beneficial effects on levels of depression. Another option may be to give individuals feedback on their own daily life dynamics of emotions. Through the identification of situations associated with positive emotions, people may learn to adapt their behaviour and become more resilient.”

“In addition, meditation- or mindfulness-based approaches may be a promising venue to increase positive emotions…In a randomized controlled trial, loving-kindness meditation was associated with increased levels of positive emotion, which in turn predicted reduced depressive symptoms. Another randomized controlled trial recently showed that mindfulness-based cognitive therapy (MBCT) was associated with increases not only in positive emotions but also the ability to make use of natural, moment-to-moment rewards in the environment.”

The importance of mental training such as meditation is born out by brain imaging studies.

“..functional MRI studies have shown that loving-kindness meditation regulates neural circuitries (insula, cingulate cortices, amygdala) linked to emotion, theory of mind and empathy….grey matter volumes in certain areas of the cortex and brain stem differ between novices and experienced meditators….Recently, a randomized clinical trial compared participants before and after participation in an 8-week course of mindfulness….was associated with changes in grey matter concentration in brain regions involved in learning and memory processes, emotion regulation, self-referential processing and perspective taking.”

It is easy to recall previous conversations with recreational and occupational therapists, who told me about their work with clients to help them seek out and engage in positive social and creative activities, resulting in much improved functioning and quality of life.

I would not at all be surprised if similar efforts can promote health behaviours in my obese patients, many of who struggle to find positive experiences in a world that treats them with disdain and negativity.