The Freshmen 15 Are Neither 15 Nor Limited to Freshmen 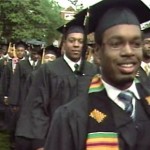 According to popular belief, the first year of college can be associated with a 15 pound weight gain – often referred to as “the freshman 15”.

Now, a study by Micheal Fedewa and colleagues from the University of Georgia, look at the weight trajectory in college studies in a paper published in the American Journal of Preventive Medicine.

Their systematic review and meta-analysis includes 49 studies evaluating the effect of the first year of college (and beyond) on the dependent body weight and or %body fat.

While the researchers found a statistically significant change in body weight among students, the average weight gain was a rather modest 1.6 kg during a typical 4-year college career. Interestingly, this finding is similar to previous estimates suggesting average increases ranging from 1.1. to 2.1 kg in the first year of college.

Thus, despite individual anecdotal experiences of weight gain, that may sometimes approach or even exceed 15 lbs, there is little scientific basis or reason for concern about the freshman 15.

“These results suggest that the “Freshman 15” may not pose a significant risk to students’ health, but unhealthy behaviors throughout college may lead to unfavorable changes in body weight, as weight change does not appear to stabilize as previously reported.“

Perhaps it is time to put this idea to rest and move on to study issues that may be more important than this.