Home » blog » The Fraser Institute Obesity Report: Being Right Does Not Make It Wrong

The Fraser Institute Obesity Report: Being Right Does Not Make It Wrong 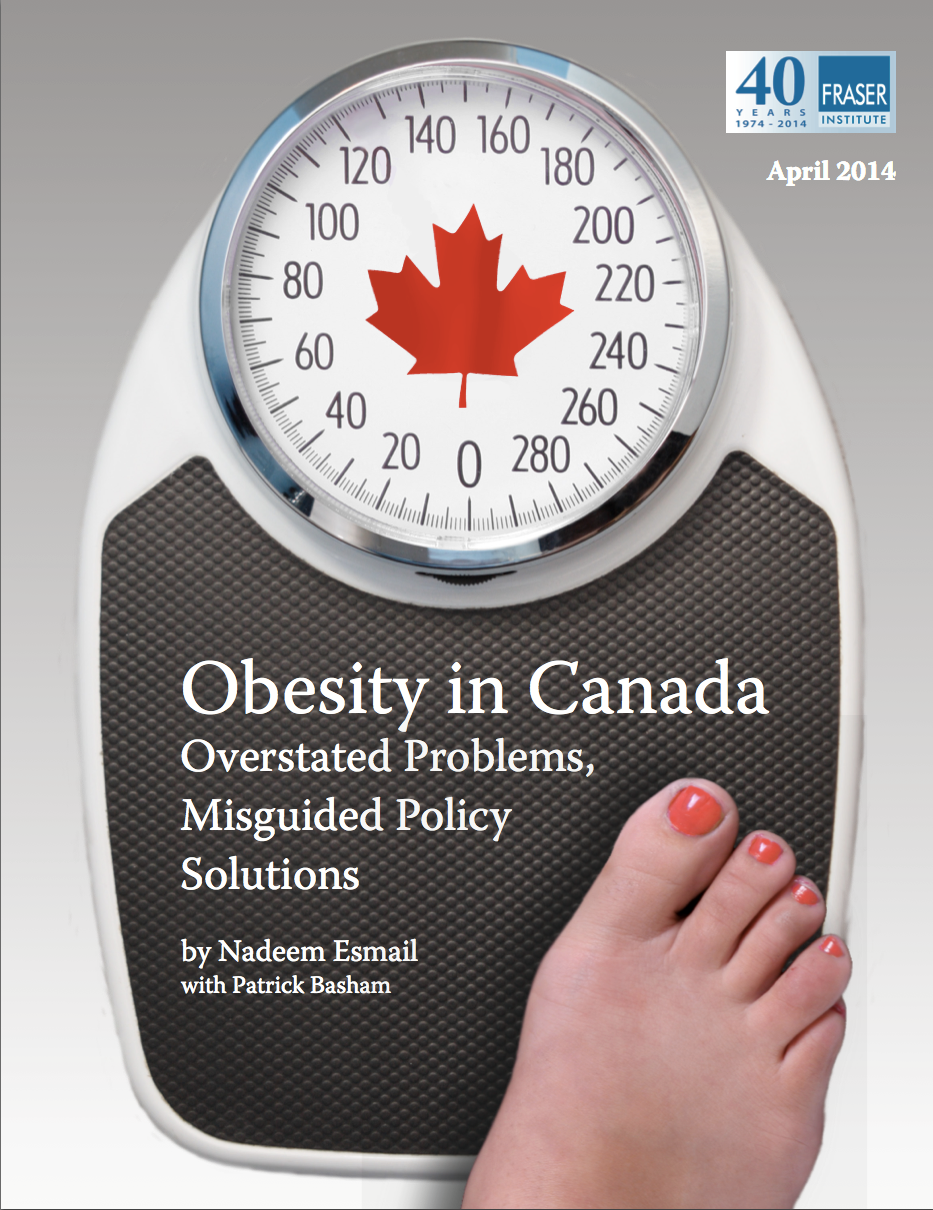 This week, the right-leaning Fraser Institute released a report with the rather provocative title, “Obesity in Canada: Overstated Problems, Misguided Policy Solutions“.

The Fraser Institute makes no secret or apology about its political ideology:

“Our vision is a free and prosperous world where individuals benefit from greater choice, competitive markets, and personal responsibility.”

This ideology alone, could make may of us simply dismiss the report as being tainted (conflict of interest) and one-sided. It is indeed easy to see why many in the obesity “establishment” would feel tempted to discredit the scientific accuracy of the report or even employ ad hominem attacks on the authors themselves.

A much more difficult task would be to fairly consider the arguments and counter with a scientifically sound rebuttal on issues where the report clearly deviates from scientific fact.

This may not be quite as easy as one might hope.

Not that there isn’t much about the tone of the report that could be criticized. The Fraser Institute being all about personal “choice”, it is not surprising that obesity is largely presented as the consequence of the “choices” that people with obesity make. There is ample talk of individual responsibility and of course, the simplistic notion of calories in and calories out (or eating and exercise) prevails throughout the report.

Indeed, I could find only one sentence in the report that suggests that things may be a bit more complex:

“The causes of obesity are multi- factorial, where obesity in each individual case may be influenced by literally dozens of physiological, psychological, and socioeconomic factors. These factors include breast feeding, cultural characteristics, diet, education, entertainment habits, exercise, family life and structure, genetics, income, peer pressure, and sleep patterns. Indeed, differences in genetics may mean that, for similar levels of energy input and physical activity, some groups of individuals may experience more weight gain and higher obesity prevalence than other groups.”

Despite this insight, “choice” and “responsibility” echoes throughout the report largely ignoring the notion of social determinants or the complex physiology of homeostatic and allostatic mechanisms that promote weight gain and ultimately make sustainable weight loss so difficult to achieve.

Thus, the report certainly conforms with most public health views of obesity as mainly a problem of individual volitional behaviours and the notion that anyone can be the master of their weight (if only they chose to do so).

This rather general criticism aside, there are indeed substantial areas of the report that warrant serious consideration.

A key argument as to why the authors think that the obesity problem is overstated relates to the observation of-late, that obesity rates appear to be stabilizing (or even declining) in parts of the population. Thus, the report notes that while obesity rates in men and children appear to be levelling off (or even decreasing), we are seeing a continued increase in obesity rates in women. In fact, the only indisputable trend is a continuing increase in the rates of severe obesity – those, who already have obesity are getting even bigger (a clear reflection of our failure to provide treatments to the people who need them).

While this depiction of the problem is not wrong, what it actually means is a matter of interpretation – depending on whether you belong to the church of “glass half-empty” or “glass half-full”.

Of course the report is right in that “alarmist” predictions that soon Canada will be a country where everyone has obesity and that our kids will not outlive their parents are considerably exaggerated. On the other hand, obesity rates of 20% are not exactly an excuse to sit back and call off the troops. If one in five Canadians was infected by a virus (say West Nile), we’d be setting up clinics at every street corner and pouring billions into better prevention and treatments.

A more controversial argument as to why the obesity issue is overstated relates to whether or not having obesity actually has all that much of an impact on health. As the report points out, recent evidence does indeed suggest that the optimal BMI for the best life expectancy may well be in the BMI 25-35 range. So carrying all those extra pounds may not be quite as bad for our health as we are often led to believe.

In this regard, the report is certainly preaching to the converted. Any regular reader of these pages will recall that I have described BMI as a “Basically Meaningless Integer” and have long promoted the use of the more sophisticated Edmonton Obesity Staging System to characterize obesity related health risks.

So, while the report is correct in that not everyone with a few extra pounds is about to drop dead (or even just suffer from a weight-related health problem), there is no doubt that a higher body weight does quite substantially increase the likelihood of having a health problem. Thus, as our own research shows, the chances of not having any obesity related health problem increases from 1 in 2 at a BMI of 25-30 to less than 1 in 20 at a BMI greater than 40.

This still does not make BMI a reliable measure of health. Fortunately, we have other tests for that.

But while we may quibble about what obesity rates based on BMI levels (self-reported or otherwise) may actually mean, areas of the report that I find far more interesting are those that discuss whether or not government should even be concerned about the obesity problem and whether or not it has any role to play in addressing it.

Given the political leanings of the Fraser Institute you may well predict its answers – but I do find the arguments interesting enough to warrant discussion in my next post.