Home » blog » The Cultural Drivers and Context of Obesity

The Cultural Drivers and Context of Obesity 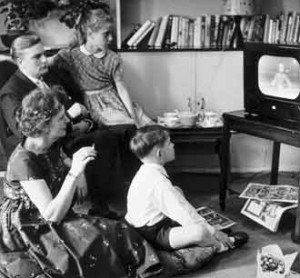 In my continuing review of not too recent publications on obesity, I found this one by Hortense Powdermaker, Professor of Anthropology, Queens College, Flushing, New York, published in the Bulletin of the New York Academy of Medicine in 1960.

The following quotes could all have been written last week:

“We eat too much. We have too much of many things. According to the population experts, there are too many people in the world, due to the decline in mortality rates. A key theme in this age of plenty-people, food, things-is consumption. We are urged to buy more and more things and new things: food, cars, refrigerators, television sets, clothes, etcetera. We are constantly advised that prosperity can be maintained only by ever-increasing consumption.”

“…physical activity is almost non-existent in most occupations, particularly those in the middle and upper classes. We think of the everincreasing white-collar jobs, the managerial and professional groups, and even the unskilled and skilled laborers in machine and factory production. For some people there are active games in leisure time, probably more for males than females. But, in general, leisure time activities tend to become increasingly passive. We travel in automobiles, we sit in movies, we stay at home and watch television. Most people live too far away to walk to their place of work.”

“The slender, youthful-looking figure is now desired by women of all ages. The term “matronly”, with its connotation of plumpness, is decidedly not flattering. Although the female body is predisposed to proportionately more fat and the male to more muscle, the plump or stout woman’s body is considered neither beautiful nor sexually attractive.”

“The desire for health, for longevity, for youthfulness, for sexual attractiveness is indeed a powerful motivation. Yet obesity is a problem. We ask, then, what cultural and psychological factors might be counteracting the effective work of nutritionists, physicians, beauty specialists, and advertisements in the mass media?”

“Although there are probably relatively few people today who know sustained hunger because of poverty, poor people eat differently from rich people. Fattening, starchy foods are common among the former, and in certain ethnic groups, particularly those from southern Europe, women tend to be fat. Obesity for women is therefore somewhat symbolic for lower class. In our socially mobile society this is a powerful deterrent. The symbolism of obesity in men has been different. The image of a successful middle-aged man in the middle and upper classes has been with a “pouch”, or “bay-window”, as it was called a generation ago.”

The paper goes on to discuss some (rather stereotypic) notions about why some people overeat and others don’t – an interesting read but nothing we haven’t heard before.

Nevertheless, given that this paper was written over 50 years ago – one wonders how much more we’ve actually learnt about the cultural aspects of this issue – it seems that we are still discussing the same problem as our colleagues were half a century ago.

Perhaps it really is time for some new ideas.