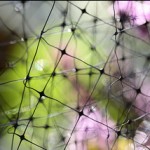 Previous studies have suggested that obesity is ‘transmitted’ in social networks.

A study by Janette Leroux (Canadian Obesity Network Bootcamper, class of 2012) and colleagues from the Queen’s University, Kingston, ON, published in PLoS One, now explores the relationships between ‘perceived’ physical activity, obesity, and social networks in about 2,000 participants in the Montreal Neighborhood Networks and Healthy Aging study.

In younger adults (<55 years old), although physical inactivity increased the odds of obesity and of having a higher number of perceived exercising close ties (alters), physical activity did not appear to mediate the association between obesity and the exercising behavior of alters.

Among adults older than 55 years, physical inactivity likewise increased the odds of being obese while having a higher number of exercising alters slightly reduced an older adult’s chances of being obese. However, in contrast to the younger adults, in this older population, a small part of this physical inactivity did appear to be ‘mediated’ by the association between exercising alters and obesity.

Based on these findings, the authors suggest that at least for older adults, social networks may be important determinants of physical inactivity, a finding that may suggest the usefulness of community interventions to promote physical activity and reduce obesity in this population.

However, the authors are also careful to point out that, given the cross-sectional nature of this study, one should not make inferences about causality. Thus, the study cannot answer the question, whether or not active people simply tend to hang out with other active people or whether active people actually ‘transfer’ their higher activity levels to their inactive friends? Nor does it answer the question, whether hanging out with inactive people slows down folks who would otherwise be active – after all, this relationship, if it indeed exists, could well work in either direction.

The authors also note that because of the self-reported nature of activity levels, this study has more to do with ‘perceived’ rather than actual activity levels (hence the title of the paper). After all, it may well be that skinny folks are over-reporting their activity levels, whereas, obese individuals are perhaps underestimating the amount of work it actually takes to move their larger bodies around.

Thus, it may be fair to conclude from this study that social networks are unlikely to account for any relationship between physical activity (or inactivity) and obesity levels in younger adults and that in older adults, although such relationships may exist, causality remains to be determined.

My take away from this study, is that the relationship between physical activity (or inactivity) and obesity, whether in social networks or otherwise, remains far more complex and less straightforward, than many of us would like to think.

Perhaps, none of this matters, as greater physical activity and less sedentariness can certainly promote health at any size. 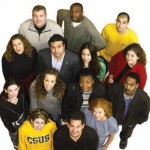 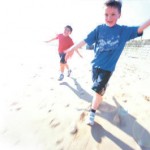 Readers of these pages will probably recall the work by Christakis and Fowler demonstrating the “contagious” spread of obesity in a large social network (NEJM 2007).

In a paper appearing in this month’s issue of OBESITY, David Bahr and colleagues from Denver, Colorado, USA, use computer simulation to determine if these findings can be exploited to reverse the obesity epidemic by intervening in social networks.

The paper makes a fascinating read, although the key message is very sobering (despite the rather optimistic interpretation by the authors).

In essence, the simulations suggest that because clusters dominate individual behaviours, once a large cluster of obese individuals has formed it becomes self-sustaining, because an individual in the middle of the cluster (e.g., social network of obese friends) will have a very difficult time sustaining weight loss. The surrounding sea of obesity ensures that even a temporary loss of weight in a few individuals is rapidly reversed, a result that remarkable resembles what is frequently observed in weight loss intervention studies.

Rather than recruiting friends to help with weight loss, the simulations suggest that it may be a better strategy to recruit friends of friends, who help establish contacts to members of other networks.

Unfortunately, given the high prevalence of obesity in the US (not so different from that in Canada), the majority of the population already lives in social networks that are obese rather than normal weight. Therefore, finding a critical mass of key “agents of change” will pose challenging, even if the simulations show that these key individuals only have to make up around 1% of the population across BMI ranges.

While all of this sounds great in theory, the paper of course is based on computer simulations – whether or not this knowledge can actually be exploited in real life remains to be seen.

Given my natural skepticism, I am certainly not holding my breath.