Why Kids Don’t Walk To School 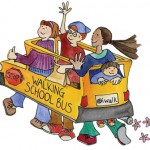 For today’s kids, walking or biking to school has become the exception rather than the rule.

A study by Anna Price and colleagues, published in the Journal of School Health, now explores the perceptions of school administrators in South Carolina regarding the factors that influence childrens’ active travel to school.

According to their survey of 314 school and district leaders of elementary and middle schools, the two most commonly raised issues were concerns about the safety of crossing streets (54%) and the availability of sidewalks (54%).

Overall, the survey left no doubt about the considerable concerns of schools administrators about the safety of students while walking to school.

Based on these findings, the researchers suggest that active travel to school may be increased by addressing the (perceived?) safety of street crossing and the number of sidewalks, and by educating school and district leaders about liability and safety issues related to students walking to school.

If my readers can think of other barriers or novel ideas how to address them, I’d certainly love to hear them. 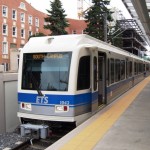 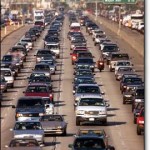 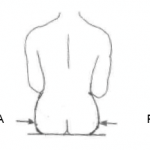 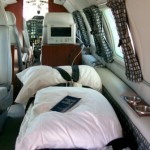 Yesterday, I predicted that this year we will continue seeing concerns about and services for individuals with extreme obesity.

Perfectly on cue, the Government of New South Wales (Australia) announced that they have put out a tender for larger air ambulances that will allow transportation of patients weighing upto 260 Kg (up from the current 140 Kg). The larger planes will cost an additional $10 Mill per plane.

Given the importance of air ambulances for transporting patients from geographically dispersed remote parts of Canada to urban centres, I wonder how we are dealing with this issue in Canada. Given the high prevalence of obesity in rural communities, I would not be surprised if our air ambulances are faced with a very similar problem.

I assume that this is only the first of a whole series of news stories that we will be seeing from around the world regarding the need to “supersize” everything from public seating, hospital beds, commodes and doctors’ scales to ambulances and amusement park rides.

I predict a good year for the “bariatric” industry.