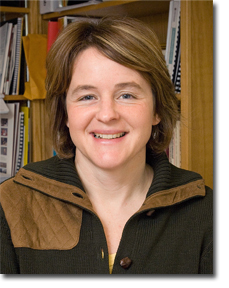 Having spend the last few days attending the Canadian Nutrition Society’s Annual Meeting in Quebec City, I am now in St. John’s Newfoundland for a CIHR-sponsored meeting on bariatric care research hosted by Laurie Twells from Memorial University.

According to various surveys, Newfoundland and Labrador has the highest prevalence of obesity (although some folks think that this may just be because Newfoundlanders are simply more honest in reporting their actual heights and weights), reason enough to dedicate resources at Memorial University but also within the healthcare system to better managing children and adults with excess weight.

In a recent paper published in Population Health Management, Twells and colleagues, using health service utilization data from Newfoundland and Labrador, showed that individuals with a BMI greater than 35 had a significantly higher number of visits to a general practitioner over a 5-year period compared to the normal weight group (median 22 vs. 17, P<0.05) but were no more likely to visit a specialist or use hospitals, despite a greater prevalence of health problems.

The reasons for this are not clear but may speak to the reluctance of individuals with more severe obesity to seek specialised care or perhaps to the fact that their doctor’s are less likely to refer them for such care – a finding that has been reported before in other jurisdictions.

At the planning meeting, we will be focussing on further developing a research agenda for the fledgling bariatric surgery program that was recently started in St. John’s but will likely also discuss other research questions related to health services for individuals living with excess weight in Atlantic Canada.

I look forward to an interesting meeting. 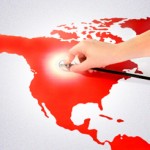 Readers may recall that last week I spoke on obesity at the Conference Board of Canada’s Summit on Sustainable Health Care.

The key learnings from this Conference are now elegantly summarized by Glen Hodgson, Senior VP and Chief Economist at the Conference Board on his blog

Five key priorities for reform emerged from the Summit.

One aspect that is missing in this discussion, is the realisation that the obesity epidemic will lead to an unprecedented epidemic of ‘chronic disease of the young’. This will require taking chronic disease management directly to the workplace, an effort that goes well beyond current workplace ‘wellness’ activities.

Rather, we should be looking at creating an infrastructure which (in collaboration with the primary care provider) takes chronic disease management directly to the workplace.

The rationale for this is the simple fact, that contrary to the problem of chronic diseases in the elderly, younger people, who are likely to bear the brunt of the obesity epidemic, can ill afford to sit around in doctor’s waiting rooms during normal office hours.

Even expecting them to show up in doctor’s offices or community clinics after a busy work day may prove an important deterrent.

Thus, I believe that we will need to explore ways in which to bring chronic disease management resources and expertise into the workplace in a fashion that goes well beyond simply providing a treadmill for employees or changing food options in the cafeteria.