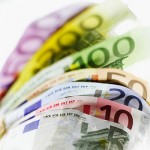 No doubt, the obesity epidemic is costing employers billions!

No doubt, sedentary jobs, unhealthy cafeteria food, and high job-related stress are all important contributors to the obesity epidemic.

So what would make more sense than to try to address obesity in the workplace?

To meet this need, the CDC yesterday launched a new website LEAN Works, which provides employers with extensive step-by-step recommendations, resources, and other features to address obesity in their employees.

Some of the features include:

– Information and resources to help employers set up and assess interventions to combat obesity.

– Information on how employers can estimate return on investment

While I have no doubt that the intentions are admirable and that the information provided is based on the best available evidence, the focus (as you may already guess) is sadly only on improving eating and activity behaviours.

Thus, I did not see much talk about depression and weight gain, emotional eating, dealing with past abuse, addressing food addiction, managing pain, coping with obesogenic medications, improving body image and self-esteem, managing peer pressure, or seeking competent medical advise on obesity medications and surgery (if I have missed any of this, please feel free to point this out).

What I did see was the usual recommendation to improve cafeteria diet, exercise prescriptions and opportunities, as well as the ubiquitous “weight-loss” competitions. Regular readers will appreciate my previous concern with all of the above, especially the nonsensical “competitions”, about which I have blogged before.

Regular readers will also perhaps recall my previous concerns on how targeting obesity with well-meant but simplistic “eat less – move more” messages can potentially do more harm than good, by simply reinforcing the “obese people are lazy gluttons” stereotype. I have previously blogged about the potential of workplace wellness programs to promote bias and discrimination.

Given the accumulating evidence that weight-bias and discrimination actually prevents people from adopting healthy lifestyles and may simply make the problem worse, I wonder what impact this program will have on people, who actually suffer from this condition? 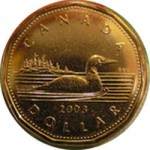 Australia and Canada are both large, highly industrialized and urbanized countries with rather high standards of living and relatively small populations (20 Million in Australia; 33 Million in Canada).

So what is obesity costing these countries? I do not have the latest figures for Canada, but a report released this week by Access Economics, Australia’s premier economic consulting firm, estimates the total costs of obesity in Australia for 2008 at a staggering $58.2 Billion.

Assuming that the financial burden of obesity in Australia is probably not that different from the cost of obesity in Canada – simply based on the population size, this would translate to around $95 Billion in Canada.

Obviously, there may be some important differences in the health system and other relevant factors between Australia and Canada, so I am wiling to give or take a few Billion here or there.

No matter what, this number is staggeringly different from any estimate of obesity costs that I have heard for Canada. The most common number bounced around is about $3.5 Billion, which comes from an estimate of direct and indirect health care costs of obesity in Canada published in 1997.

While everyone appreciates that that number, given today’s obesity rates is a ridiculously low estimate, the numbers for Canada extrapolated from the Australian data for 2008 are more than 20-fold higher. This is both due to the growth in obesity in the last decade, but also due to the different and expanded methodology used by the Australian economists.

So what numbers did Access Economics come up with for obesity costs in Australia?

– DWL from transfers (taxation revenue forgone, welfare and other government payments) were $727 million (9%) and other indirect costs were $76 million (1%).

– The net cost of lost wellbeing (the dollar value of the burden of disease, netting out financial costs borne by individuals) was valued at a further $49.9 billion, bringing the total cost of obesity in 2008 to $58.2 billion.

I am no financial genius, but $95 Billion sounds like an awful lot of money. Unless the Access Economics fellows are totally off the mark or Canada is substantially more different from Australia than I suspect, this obesity problem is way more expensive than most Canadians (including the Government?) suspect.

As I have blogged before – the real cost of obesity is not in health care – it is in the loss of wellbeing and productivity of our current and future workforce.