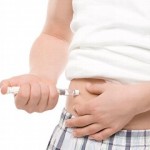 Regular readers may recall previous posts on the novel anti-obesity compound belanorib, a MetAP2 inhibitor that showed remarkable weight loss efficacy both in patients with Prader-Willi Syndrome as well as hypothalamic obesity.

Unfortunately, as noted before, several cases of venous thromoboembolisms led to a halt of ongoing trials during which the company (Zafgen) sought to better understand the possible mechanism for this serious adverse effect and explore the possibility of implementing a risk mitigation strategy.

As announced by the company in a press release earlier this week,

“Following its discussions with the FDA and review of other considerations, Zafgen has determined that the obstacles, costs and development timelines to obtain marketing approval for beloranib are too great to justify additional investment in the program, particularly given the promising emerging profile of ZGN-1061. The Company is therefore suspending further development of beloranib in order to focus its resources on ZGN-1061.”

The press release also describes the new compound ZGN-1061 as a,

“…fumagillin-class, injectable small molecule second generation MetAP2 inhibitor that was discovered by Zafgen’s researchers and has been shown to have an improved profile relative to previous inhibitors in the class. Like other MetAP2 inhibitors that have shown promise in the treatment of metabolic diseases including severe and complicated obesity, ZGN-1061 modulates the activity of key cellular processes that control the body’s ability to make and store fat, and utilize fat and glucose as an energy source. ZGN-1061 is also anticipated to help reduce hunger and restore balance to fat metabolism, enabling calories to once again be used as a productive energy source, leading to weight loss and improved metabolic control. ZGN-1061 has an emerging safety profile and dosage form that are believed to be appropriate for the treatment of prevalent forms of severe and complicated obesity, and is currently in Phase 1 clinical development. Zafgen holds exclusive worldwide rights for the development and commercialization of ZGN-1061.”

“The compound has similar efficacy, potency, and range of activity in animal models of obesity as beloranib, but displays highly differentiated properties and a reduced potential to impact thrombosis, supporting the value of the compound as a more highly optimized MetAP2 inhibitor.”

Screening of patients for a Phase 1 clinical trial evaluating ZGN-1061 for safety, tolerability, and weight loss efficacy over four weeks of treatment is currently underway.

Disclaimer: I have served as a consultant to Zafgen.