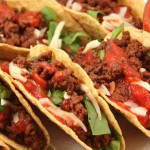 Today, I am speaking at the XII Congreso Internacional Avances en Medicina 2010 hosted by the Hospital Civil de Guadalajara (Thank you Juan Ricardo Lopez y Taylor for the kind invitation!).

There is indeed no denying that Mexico, as does everyone else in North America, has a substantial obesity problem.

As recently pointed out by Dudley Althaus, who writes for the Houston Chronicle:

“Though still afflicted by large pockets of the malnourished poor, Mexico is fat and quickly getting fatter, its children gaining weight faster than anyone else in the country.

About 70 percent of Mexican adults are now overweight, according to government estimates, more than triple the number of three decades ago. Also, about a third of the country’s schoolchildren and teenagers are overweight, making Mexicans the second-heaviest people on the planet, gaining quickly on their American neighbors.

With more people living in urban areas, and some with more money, Mexicans are eating more and exercising less. Forgoing the beans, tortillas, fruit and vegetables their grandparents ate, people flock to U.S.-style fast food.

Not surprisingly, last month, Mexican President Felipe Calderon launched a national campaign against obesity (beating the US Obama initiative by a few weeks) and called on parents, teachers and the food industry to guide people to more healthful living.

Whether or not this appeal will indeed have any noticeable impact on the obesity epidemic remains to be seen.  From my conversations with fellow delegates, at least the interest and concerns amongst health professionals seems considerable – but so does their sense of helplessness.

To read more by Dudley Althaus on the obesity problem in Mexico click here.