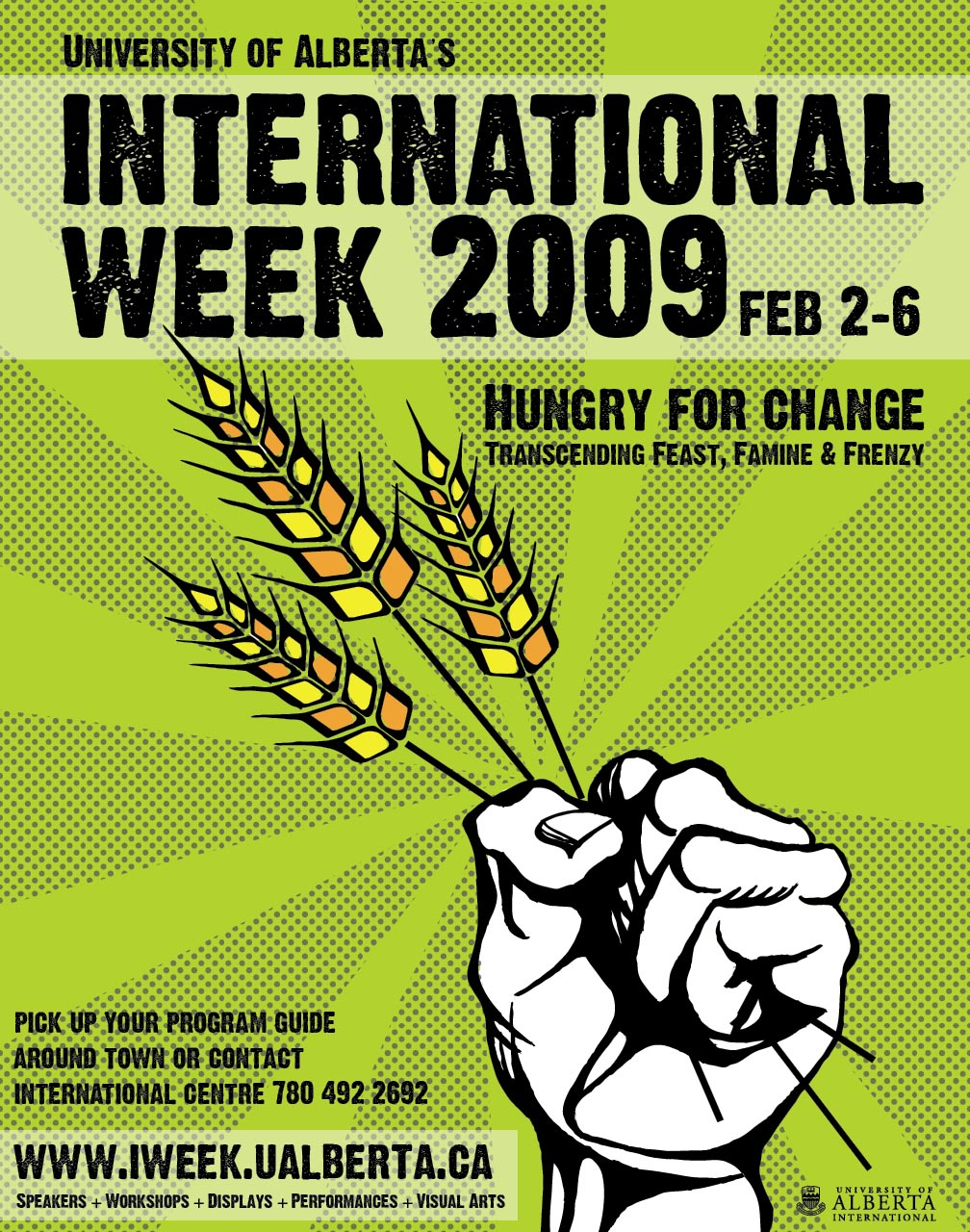 The panel discussion was titled: Feast and Famine: Health Impacts of Scarcity and Abundance at an event hosted by the University of Alberta Senate during the 2009 International Week. The panel was moderated by Linda Hughes, Chancellor and the discussants included David Morley, CEO of Save the Children and Noreen Willow, Professor of Nutrition and expert on aboriginal health.

Although the discussion started out with a heart-wrenching depiction of starving children in Burkina Faso, it soon became clear that starvation and obesity are really two sides of the same coin.

As I pointed out – it is the very fact that our ancestors were exposed to repeated bouts of hunger and famine (not unlike the present conditions in Burkina Faso) that primes us with the genetic ability to store excess calories in good times. When exposed to our current obesogenic environment, where the need for physical activity for survival has been abolished and food policies have ensured that industrial food supply provides an abundance of cheap (but empty) calories, the same genes that allow us to survive famine ensure that we pack on the pounds.

While in poor countries, millions of kids starve before the age of five, in rich countries, kids are now battling the physical and emotional consequences of excess weight – the root cause of the new epidemic of “chronic diseases of the young”.

As Willows pointed out in her commentary, today 20% of aboriginal (First Nations, Metis, Inuits) kids are clinically obese and their obesity is a direct consequence of poverty, food insecurity and mental health problems.

Whose plight is worse? Hard for anyone to say.