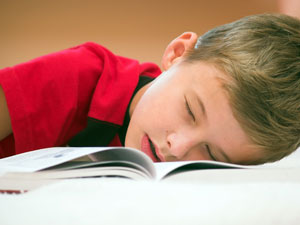 If you had to guess the strongest predictor of cardiometabolic health risks in  obese teenagers, most of us would probably suspect their diet, sedentariness, or even mental health issues around mood, body image, or self-esteem.

Few of us would have guessed sleep duration.

But this is exactly what was found by Paul Gordon and colleagues from the University of Michigan, in a study published in the Journal of Pediatrics.

Amongst all of the measured variables, total sleep time and sleep fragmentation were inversely and independently associated with metabolic risk – the shorter the sleep time, the greater the risk.

This relationship remained robust even when the data were adjusted for various measures of physical activity, anthropometry, and adiposity.

Most subjects slept about seven hours a night, typically waking up at least once, with only five subjects getting the minimum recommended 8.5 hours of sleep each night.

Given what we now know about the profound impact of sleep deprivation on metabolism, physical activity and eating behaviours, it is astonishing that so little attention is being paid to the issue of sleep both in the public discourse of obesity as well as in clinical management of excess weight.

As I have said before, the three key drivers of obesity in my view are lack of time, lack of sleep and increased stress – everything else is either a consequence of or compounded by these factors.

Is it time for doctors to begin handing out sleep prescriptions?