Home » blog » Sleep Apnea And Quality Of Life In Iceland

Sleep Apnea And Quality Of Life In Iceland 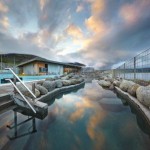 This week, I am in Reykjavik on behalf of the Icelandic Medical Association to speak at their 2015 Annual Conference.

Despite its proverbial rugged outdoorsy lifestyle with ample time spent in natural hot spring spas and saunas (both of which I enjoyed yesterday, thanks to my excellent hosts), Iceland has a significant obesity problem of its own – reason enough for this problem to be taken seriously (I will be meeting with the Icelandic health minister and his staff to discuss this issue later this week).

There is indeed a small but active obesity research community in Iceland with growing experience in the management of this disease.

One important contribution, for e.g. is the recent paper by Erla Bjornsdottir and colleagues from the University of Iceland, published in the Journal of Sleep Research, that examines the impact of two years of treatment vs. non treatment of moderate to severe obstructive sleep apnea (OSA) on quality of life in over 800 overweight or obese individuals newly diagnosed with this condition.

The comparator group consisted of 750 randomly selected Icelanders. The researchers also compared users and non-users of CPAP treatment within the individuals diagnosed with sleep apnea.

Overall, as one might expect, the quality of life (measured by the SF-12 questionnaire) of untreated individuals with OSA was markedly worse that of the general population, even when matched for age, body mass index, gender, smoking, diabetes, hypertension and cardiovascular disease.

Surprisingly, however, despite a positive trend towards improvement in physical quality of life from baseline to follow-up in users and the most obese individuals, there were no significant overall differences between full and non-users.

This is particularly surprising as I have often seen dramatic changes in the quality of life and general well-being in patients with OSA, who started on CPAP treatment in my practice (but I guess anecdotes are always tempered by averages).

Based on their findings, the researchers conclude that the co-morbidities of obstructive sleep apnea, such as obesity, insomnia and daytime sleepiness (often not fully controlled by CPAP), appear to have a substantial effect on life qualities and may need to be taken into account and addressed with additional interventions.

The message here, I believe, is that despite its effectiveness for better control of breathing, simply putting patients on CPAP and hoping for the best may not be quite enough to improve the substantially reduced quality of life associated with this disorder.