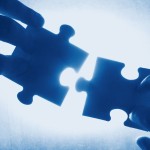 Regular readers will recall the recent FDA advisory committee decision to recommend approval of the single-pill combination of phentermine and topiramate for the treatment of obesity.

Much of this trend is explained by the fact that using more than one drug in combination is often more effective than using one drug alone and by matching the right agents, it is possible to use lower doses of the drugs than if they were to be used alone. Sometimes, the ‘side-effects’ of one drug can even reduce or cancel out the ‘side-effects’ of the other, thereby making the combination better tolerated than either drug alone. Finally, putting several drugs into one pill makes it easier for patients, as research shows that patients are far more likely to take one pill than two.

To this point, we now published the results of a trial comparing the blood pressure lowering effect of a single-pill combination of telmisartan and amlodipin (two commonly used antihypertensive agents) to amlodipine alone, in overweight and obese hypertensive patients with type 2 diabetes (Clinical Therapeutics).

While the fact that combining two drugs lowers blood pressure more than using a single agent alone is not all that astonishing, the combined effects on ‘side-effects’ are perhaps worth mentioning.

Thus, the onset of peripheral edema (a common ‘side-effect’ with the use of calcium channel blockers like amlodipine) was at least numerically less frequent when amlodipine was used in combination with telmisartan.

Applying such principles, which, as shown in this study, are now increasingly used in other disease areas, to obesity management, may not only allow the use of lower doses but also conveniently mitigate some of the ‘side effects’ that these compounds may have when used alone.

Disclaimer: I have received honoraria and research support from the makers of these agents (Boehringer-Ingelheim and Vivus)