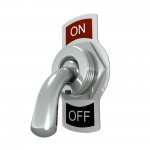 Excess weight can have a significant effect on sexual function.

A recent paper by Ronnie Kolotkin, Durham, NC, published in OBESITY, presents a systematic review of the literature on the relationship between obesity and sexual functioning.

Based on 11 population studies, 20 cross-sectional, and16 weight-loss studies the authors find a robust and consistent negative impact of obesity on sexual functioning.

Thus, in men, erectile dysfunction (ED) is most commonly associated with excess weight.

On the other hand, women with excess weight tend to generally report greater problems with various aspects of sexual desire, arousal and function.

Based on their review, the authors recommend that future studies

1) investigate differences and similarities between men and women with respect to obesity and sexual functioning,

2) use instruments that go beyond the assessment of sexual dysfunction to include additional concepts such as sexual satisfaction, interest, and arousal and,

3) assess how and the degree to which obese individuals are affected by sexual difficulties.

The authors also recommend that sexual functioning should be more fully addressed by clinicians, both in general practice and in weight loss programs.