Severity Of Sleep Apnea Is Related To Distance From Sleep Centre 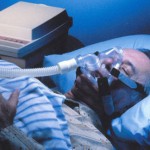 Although sleep apnea is one of the most common and devastating complications of obesity, it remains woefully under-diagnosed and under-treated.

One factor accounting for this may well be the lack of timely access to sleep testing.

Now, a study by Hirsch Allen and colleagues from the University of British Columbia Hospital Sleep Clinic, published in the Annals of the American Thoracic Society, examined the relationship between severity of sleep apnea and travel times to the clinic in 1275 patients referred for suspected sleep apnea.

After controlling for a number of confounders including gender, age, obesity and education, travel time was a significant predictor of OSA severity with each 10 minute increase in travel time associated with an apnea-hypopnea-index increase of 1.4 events per hour.

The most likely explanation for these findings is probably related to the fact that the more severe the symptoms, the more likely patients are to travel longer distances to undergo a sleep study.

Thus, travel distance may well be a significant barrier for many patients accounting for a large proportion of undiagnosed sleep apnea – at least for milder forms.

Given the often vast distances in Canada one can only wonder about just how much sleep apnea goes under diagnosed because of this issue.