Home » blog » Severe Obesity is Not a Choice!

Severe Obesity is Not a Choice! 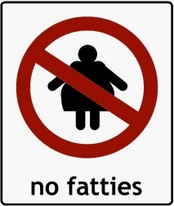 Last week, the Supreme Court of Canada passed a ruling that would entitle severely handicapped individuals to be accommodated on airlines and specifically extended this ruling to include individuals, who were severely handicapped because of excess weight. This ruling resulted in a flood of raves and rants on why the Supreme Court would promote obesity by accommodating rather than punishing obese people for their laziness and indulgence. The Globe & Mail commentator went as far as to imply that by extending the ruling to obese individuals, the Supreme Court was in fact undermining the case for people with “real disabilities”.

In light of this ridiculous and discriminating accusation, I could not help but write the following letter to the Globe & Mail:

As Medical Director of one of the largest medical obesity programs in the country, I am appalled at the notion that including obesity in the recent Supreme Court judgement on accommodation of disabled people on airline flights, should be considered by the Globe & Mail commentator as anything but fair. To be clear, this ruling does not provide free rides for anyone with a few pounds excess weight – this ruling is specific in that it addresses the issues of individuals, who suffer from a condition so disabling that they require help with even the most basic functions. The idea that someone with such severe disabling obesity, has gained that amount of weight (often several hundred excess pounds) simply by lack of willpower or sheer laziness rather than some underlying genetic, mental heath or medical issue is not only naïve but also reflects the prevailing negative stereotyping, prejudice and discrimination toward obese individuals, that appears to be perfectly acceptable even to otherwise compassionate and reflective individuals. But that is not even the point.

The point is that the Globe & Mail commentator, unlike the Supreme Court, uses causality as a criterium for judging which disability is deserving of special accommodation and which is not. By those standards, it would be fair to ask if the person claiming disability due to a spinal cord or brain injury from a motor vehicle accident was in fact observing the speed limit at the time of the accident or if the person who suffered a disabling stroke always religiously took her blood pressure medications and passed on the salt. Singling out individuals disabled by severe obesity as the only group undeserving of special accommodation is blatant discrimination and belies even a remote understanding of the complex and heterogeneous nature of this unfortunate condition that today befalls so many in our society. Individuals disabled by severe obesity are neither more nor less deserving of accommodation than are folks who loose their eyesight to diabetes, their limbs to smoking, their kidneys to analgesic abuse or their mobility to a reckless sporting injury.

Obviously, I have no idea whether or not the G&M will chose to print or respond to this letter.

For anyone interested in the issue of Weight Bias, this is the topic of a whole supplement to this month’s issue of OBESITY, which includes 14 research articles on the “New Science of Weight Bias: a Significant Social Problem“.