Schizophrenia and Obesity: Understudied and Underserved 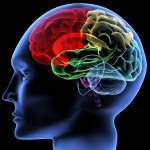 This is particularly true for individuals with schizophrenia, who are particularly vulnerable to poverty, substance abuse, metabolic syndrome, diabetes, cardiovascular disease, and obesity. In addition these individuals often face significant barriers to accessing health care and when they do, many antipsychotic medications can actually markedly promote weight gain.

So how much do we know about the physical problems including obesity in individuals with schizophrenia here in Canada?

This question was now addressed by Debora Nitkin and Denise Gastaldo from the University of Toronto in a paper just published in the Canadian Journal of Nursing Research.

In their systematic review, the researchers were able to identify all of 9 original research articles and 6 literature reviews, clearly demonstrating a dearth of studies in this area in Canada.

Not surprisingly, these studies confirmed that in Canada too, schizophrenia is associated with a markedly increased risk for coronary heart disease, diabetes, dysglycemia, weight gain in long-term patients, and high rates of substance abuse.

Similarly, a 2007 study from Ontario likewise found significantly higher rates of increased adiposity in patients with schizophrenia, which resulted in limited physical functioning among patients and restricted everyday activities due to physical health problems.

The authors conclude that, although limited, these Canadian studies clearly show that Canadian professionals are inadequately prepared to address co-morbidities and that health-care practices that neglect physical disease as well as the organization of health-care systems further disadvantages this vulnerable population.

They recommend that more studies be conducted to better understand and help prevent and treat these physical problems including weight gain and obesity in patients with schizophrenia.