Saying “I do” Promotes Obesity 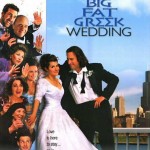 I’ve previously blogged on how research on social networks suggests that obesity may well be socially contagious!

So what about obesity in people who actually live together?

This question was now addressed by Natalie The and Penny Gordon-Larsen from the University of North Carolina, Chapel Hill, NC, USA, in a paper published this month in OBESITY.

The objective of this study was to examine whether romantic partnership and duration of living together are related to incident obesity and obesity-promoting behaviors, by which the development of obesity in one individual increases the risk of obesity in his/her spouse.

Perhaps not surprisingly, the analysis clearly showed that individuals who transitioned from single/dating to cohabiting or married were markedly more likely to become obese than those who were just dating.

For both men and women, living with a romantic partner for 1 year or more increased the likelihood of incident obesity by up to 3-fold compared to single/dating individuals. This risk became even stronger for couples who lived together more than 2 years.

From my own clinical practice, I can only confirm that a partner’s lifestyle is often reported as a significant barrier for weight control. In fact it is not at all unusual to find that the efforts of one partner struggling to control their own weight is blatantly sabotaged by the other (intimate saboteurs). This can take the form of continuing insistence on bringing home or preparing excessive amounts of high-caloric foods, preference of social activities that involve sedentary behaviours and excessive eating (and/or drinking), reluctance to use active transportation for social outings or to engage in regular shared physical activity,  etc..

In more than a few cases, I have seen longstanding romantic relationships breakup, when one partner ultimately insists on changing their own lifestyle, despite the complacency or sabotage from their spouse.

On the other hand, it is generally not easy to bring up the subject of weight in a relationship without this being seen as a personal attack (not unlike the difficulty of addressing excessive alcohol consumption, smoking, or mental health problems in a partner). It is often up to the obese partner to make the first move.