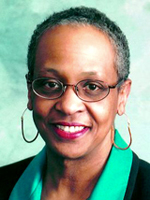 Based on the simplistic notion that excessive weight gain is merely a matter of calories-in and calories-out, conventional individual-level approaches to obesity have long focussed on restoring energy balance in individuals by attempting to influence energy intake and output (with rather modest success).

This may well be, because, as at the individual level, complex sociocultural and psychological (not to mention biological) factors tend to occur that serve to push the energy balance towards the positive side of the equation – this is particularly true for minority and marginalised populations.

Thus, as presented by Shiriki Kumanyika from the University of Pennsylvania  at the 20th European Congress on Obesity in Liverpool, social inequalities can make certain population seqments particularly vulnerable for obesogenic factors.

In this context, she emphasised that the term “vulnerability” itself can be discriminating and should be clearly defined in the context of social inequalities that face certain population groups (e.g. ethnic minorities) rather than in terms of “deficits”.

In her talk, she presented an overview of her work demonstrating the markedly increased obesity rates in black women, American Indians and Mexican Americans in the US. As she noted, even in the context of clinical trials, not only do participants from these groups show less weight loss with interventions but also gain weight more rapidly when randomised to the control group.

While the nature of foods and activity options available to whose with limited resources accounts for some of the increased risk, it turns out that higher income does not appear to be protective early in the nutrition-economic transition. Rather, during this transition phase, upward mobility may actually further increase the risk of obesity as behavioural risks (increased caloric intake, sedentariness) become more “affordable”.

In order to better understand these patterns of differences in ethnic minorities, a network consisting largely of black American researchers, has developed a “Community Energy Balance” framework.

At the community level energy balance is mediated through the many factors that directly or indirectly affect food intake and physical activity.

This framework leads to the identification of a wide range of potential intervention targets at the levels of the community, family and individuals.

Other elements of this framework also consider cultural-contextual influences that influence obesity including historical experiences and adaptations, type of minority status, structural influences, and sociocultural influences.

The hope is that although both socio-economic status and ethnic differentials are important, this framework will facilitate a systematic analysis and identification of possible solutions to the inequalities that affect these minority populations.

However, whether or not such interventions will prove more effective in communities than current individual-based interventions clearly remains to be seen. Knowing the intrinsic property of complex systems (including communities) to often respond and adapt in unpredictable ways, often with unintended consequences, it is by no means clear as to which community based approaches to addressing inequalities or other drivers of obesity will ultimately tip populations towards the negative side of the energy balance equation.