Pros and Cons of Video Games 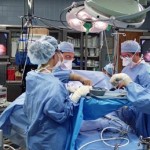 The following is related to a recent post on one of my favorite blogs: MedGadgets (anyone interested in high-tech medical stuff really needs to sign up to this one!).

According to this recent post, the American Psychological Association is profiling a number of studies discussed at this year’s Annual Convention of the APA pointing to video games having both positive and negative effects on people that play them.

Here are some of the key findings:

2. High-school and college students who play violent games were more hostile, less forgiving and believed violence to be normal compared to those who played nonviolent games. Players of “prosocial” games got into fewer fights in school and were more helpful to other students.

3. Other studies involving students showed that those who played more entertainment games did poorer in school and were at greater risk for obesity.

4. A study of 33 laparoscopic surgeons found that those who played video games were 27 percent faster at advanced surgical procedures and made 37 percent fewer errors compared to those who did not play video games. Advanced video game skill and experience are significant predictors of suturing capabilities.

5. A second study of 303 laparoscopic surgeons (82 percent men; 18 percent women) also showed that surgeons who played video games requiring spatial skills and hand dexterity and then performed a drill testing these skills were significantly faster at their first attempt and across all 10 trials than the surgeons who did not the play video games first.

6. In another paper, researchers found that game-based learning can supplement textbooks and science labs in fostering scientific thinking.

For the full story visit the post on MedGadgets.

So, there are obviously two sides to video games.

If you have obesity you certainly want to avoid playing video games yourself. On the other hand, if you are considering bariatric surgery, make sure you find a laparoscopic surgeon who does!