Home » blog » Prevention Vs Treatment Is Not An “Either-Or” Question

Prevention Vs Treatment Is Not An “Either-Or” Question 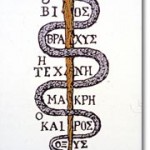 Yesterday, at Obesity Week, I attended a debate on whether or not obesity is a disease (really, is anyone still debating this?).

While I get the caution against possible stigmatization and the issue that not all people living with obesity are necessarily “diseased” (we desperately need a non-weight based definition of obesity), the counterargument that to me is most irritating and holds the least merit, is the notion that calling obesity a “disease” will somehow distract from or even hinder the efforts at prevention.

This is something I simply do not get.

Indeed, I am not aware of any preventable condition (CVD, Cancer, Diabetes just to name a few) where efforts at prevention are abandoned, diminished or hindered by calling the condition a “disease”.

If anything, you would think that ‘legitimizing” a condition by calling it a (serious) disease, would lead to even more efforts at prevention – especially when we have such poor treatments.

In fact I simply do not get why one would even discuss which is more important: prevention or treatment – both are!

No amount of prevention will treat the people who already have the condition and treatments should never replace prevention.

Funnily enough, I do not believe that I have ever heard anyone who calls for better treatments (of any disease) pooh-pooh the need for prevention – at least not for conditions where prevention actually works.

The opposite, sadly, is not true.