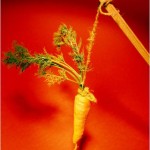 Over the next little while, I will be taking a few days off and so I will be reposting some of my favourite past posts. The following article was first posted on Dec 15, 2008: