BEST HEALTH BLOG FINALIST: The second round of voting is on – please vote AGAIN for your favourite health blog by clicking here 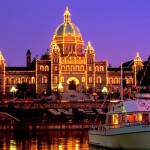 Last night I gave a talk to General Practitioners at the Medical School in Victoria, BC (hosted by Dr. Brad Amson, General/Bariatric Surgeon).

I spoke about the importance of carefully assessing patients for contributors and barriers to weight management.

As blogged yesterday, pain is one of the most common issues in patients with excess weight and can be both a contributor and barrier to weight gain and severely obese patients appear at particular risk for pain catastrophizing.

But how common is pain and how great is the incident risk in overweight and obese patients?

This issue was addressed in a recent study by Noor Heim and colleagues from the VU University, Amsterdam, The Netherlands, published in OBESITY.

This prospective study investigated the relationship between measured BMI and waist circumference with prevalent and incident pain in 2000 participants of the Longitudinal Aging Study Amsterdam, aged 55-85 years at baseline (1992-1993) and after after 3 years (N = 1,478) and 6 years (N = 1,271) of follow-up.

The overall prevalence of pain was 33% at baseline and increased significantly with higher quartiles of BM. After adjustment for age, education, depression, smoking, physical activity, and chronic diseases, both men and women in the highest quartile of BMI were around twice as likely to present with pain than individuals in the lowest BMI quartile.

Of the participants without pain at baseline, those in the highest quartile of BMI had a  2-fold increased odds for incident pain after 3 years of follow-up and around 2.5-fold after 6 years.

The association with BMI was independent of waist circumference, suggesting that absolute weight rather than weight distribution was important for pain.

This longitudinal study also answers the question whether or not pain in obesity is the chicken or the egg – it appears that obesity increases the risk for incident pain, rather than vice-versa.

But what about weight loss and its effect on pain? This issue, interestingly, has not been widely studied and results have been inconsistent. Apart from the rather dramatic improvement in pain and mobility reported in surgical obesity treatment, the effect of non-pharmacological or pharmacological weight loss on pain incidence or progression is not clear (though my guess is that weight loss can’t hurt – no pun intended).

Given the tendency of obese patients to catastrophize and the high incidence of depression and immobility, pain prevention and management is a key issue in the management of patients challenged by excess weight.