Why Bariatric Surgery Can Fail (Part 1) 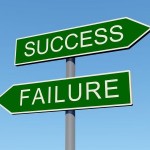 Last week, we looked at bariatric surgery, its risks, its benefits, its mode of action, and explored how it affects nutrition and eating behaviour.

This week (continuing in this series), I would like to explore some very different (many would perhaps say even more important) aspects that needs careful consideration in any decision for or against surgery.

In this week’s posts I will turn our attention to the substantial impact that surgery can have on mental health and psychosocial circumstances, which may ultimately make all the difference between ‘success’ and ‘failure’.

Clearly, one of the biggest impacts that bariatric surgery (or for that matter, any significant dietary intervention) can have, is that food can no longer be readily used as a coping strategy. Simply turning to food for comfort, stress reduction, venting, boredom, or even celebration is hard to do, when your stomach is the size of a golf ball (or a small banana) or any overindulgence results in explosive diarrhea (as in the case of dumping syndrome).

So while, ‘binging’ may no longer be a realistic option, the emotions that precipitated such behaviours in the first place may need (and will often find) other outlets.

Just how intense such unresolved emotions can be, is perhaps illustrated by the case of a patient, who, having undergone adjustable gastric banding at another centre, came to us because she had begun ‘self-adjusting’ her band by deflating it on an almost daily basis to allow a binge and subsequently over-tightening it to prevent further eating during the rest of the day.

Indeed, maladaptive coping behaviours following bariatric surgery have been widely described and assessing these should be part of any pre- and post-bariatric surgical assessment and follow-up.

A related issue, is the often described recurrence of drug or alcohol misuse observed in some post-surgical patients, a behaviour, which not surprisingly and has been associated with weight regain. This problem can perhaps be conceptualised as a ‘natural’ response to no longer being able to use food as a drug and should certainly prompt caution and ongoing screening in patients with significant past histories of addiction disorders.

Another major determinant of outcomes can be due to the fact that, as weight comes off, patients lose the ‘protective’ barrier and ‘isolation’ of excess weight, leaving them feeling exposed and vulnerable – they suddenly becomes ‘visible’ and attract attention – a situation that many patients do not want and cannot handle. This situation is not exclusive to but certainly most commonly associated with past histories of mental, physical and/or sexual abuse.

The result of this phenomenon, that gets worse the more weight loss becomes noticeable, can be extreme anxiety, panic attacks, self-sabotage, ineffective coping, oppositional defiance, recurrence of addictions, severe depression and even suicidal ideation or attempts. I have seen patients, where a simple ‘compliment’ made in passing from a work colleague or a stranger on the street was enough to precipitate re-emergence of binge eating with subsequent weight regain.

It is perhaps worth noting, however, that all of the above problems are by no means specific to surgery. Similar psychological responses are regularly seen in patients who undergo substantial weight loss with diets alone (e.g. LCDs) and exploring the issue of anxiety and discomfort during past weight loss attempts is therefore part of my routine assessment of any patient.

Nevertheless, emergence of these behaviours post-surgery do lead to specific complications.

Thus, emotional or binge eating post surgery can result in protracted vomiting, pouch dilatation, band dislocation, dumping syndrome and other problems that are, strictly speaking, not really a consequence of the surgery itself but rather a consequence of the behaviours resulting from the fact that these patients continue to have unresolved psychological or psychiatric issues and/or have not developed alternate and constructive coping strategies.

This is why in our program, we recommend that patients undergo cognitive behavioural therapy for emotional eating or binge-eating disorder prior to surgery. We also closely monitor patients for (re-emergence) of such thoughts and/or behaviours post-surgery.

But emotional eating and vulnerability are not the only psychosocial problems that patients can encounter post-surgery.

I will continue exploring other psychological and social aspects of surgery that can determine ‘success’ and ‘failure’ tomorrow.