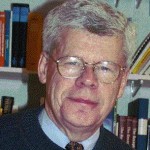 Regular leaders are already well aware of the increasing evidence that losing weight may be the most effective cancer prevention strategy, short of smoking cessation.

Following close on the heels of a previous study on this topic, the latest issue of Lancet Oncology publishes another major study demonstrating the substantial effect of (surgical) weight loss on the incidence of cancers.

In this study, Lars Sjöström and colleagues from the University of Gothenburg, Sweden, report on the incidence of cancers in the Swedish Obese Subjects Study: a prospective, controlled intervention trial of bariatric surgery.

Over the 11-year course of the study, cancer follow-up rate was 99.9%. Patients who underwent bariatric surgery had a sustained mean weight reduction of 19.9 kg, whereas the mean weight change in controls was a gain of 1.3 kg.

The number of first-time cancers after inclusion was lower in the surgery group (n=117) than in the control group (n=169), a risk reduction of 33%. There were, however, important sex differences in this effect.

The results were similar even when cancer cases in the first 3 years of observation were excluded.

Thus, this study once again confirms the substantial effect of (surgical) weight loss on the incidence of cancers (at least in women).

These finding perhaps give a whole new meaning to “Running for the Cure”.